The Friendship Star quilt is done. Most of the blocks were collected in block swaps with two guilds: Ninigret Quilters and RI Modern Quilt Guild. It makes me so happy to have new and old friends represented in one quilt. 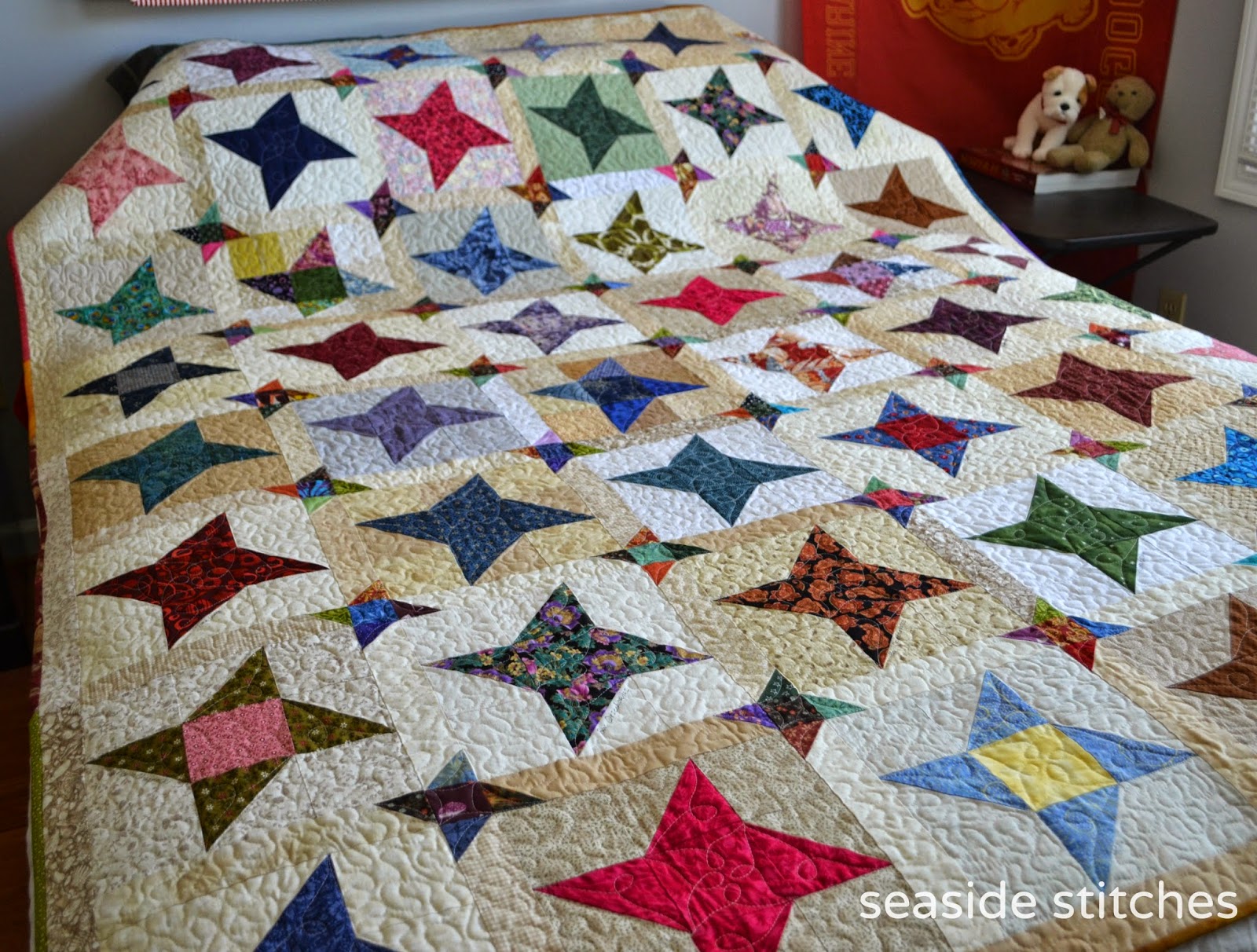 The Ninigret swap was a 3-month activity that started in January 2014. At the end of the year, it was my turn to gather blocks in the RIMQG bee. I started assembling the top at the end of this January. The little stars in the sashing were made from 2" squares that had been cut years ago. 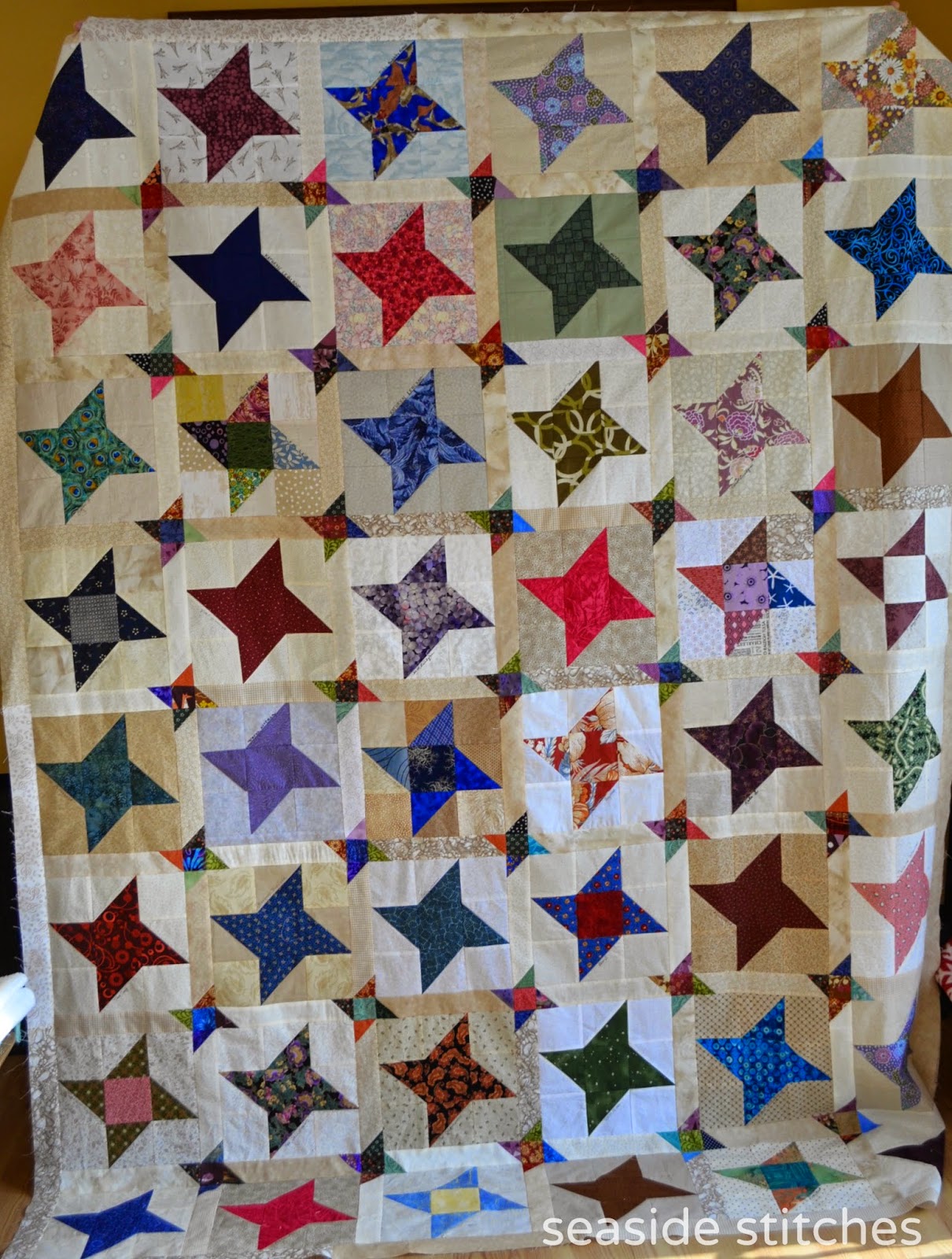 I had about half of the quilting done when I ran out of thread! My Superior order arrived Tuesday, so I was able to finish the quilting yesterday. I'm really not a fan of stippling, but it works with this quilt. I like the loops in the star points and that the design in the center square looks like hearts. 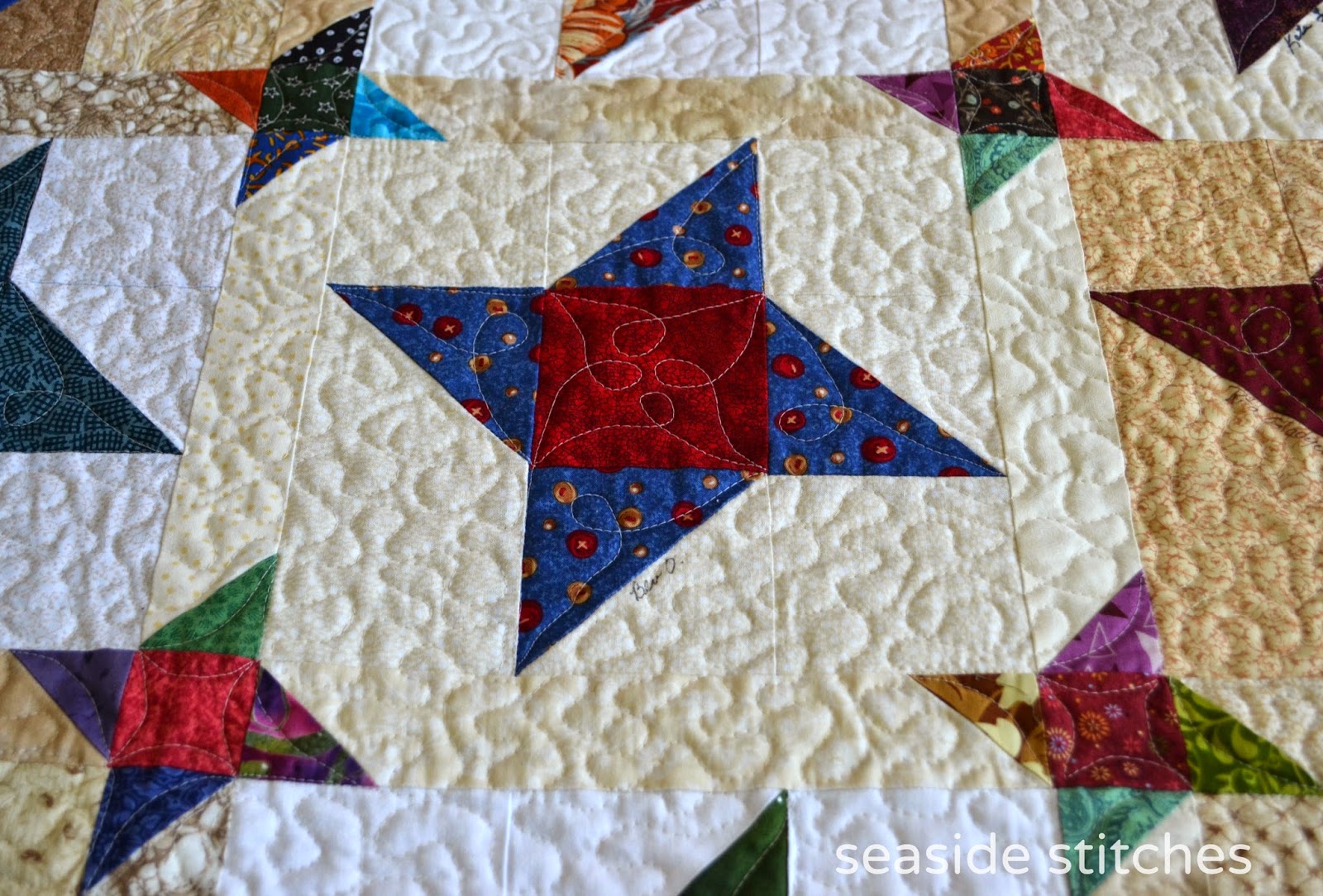 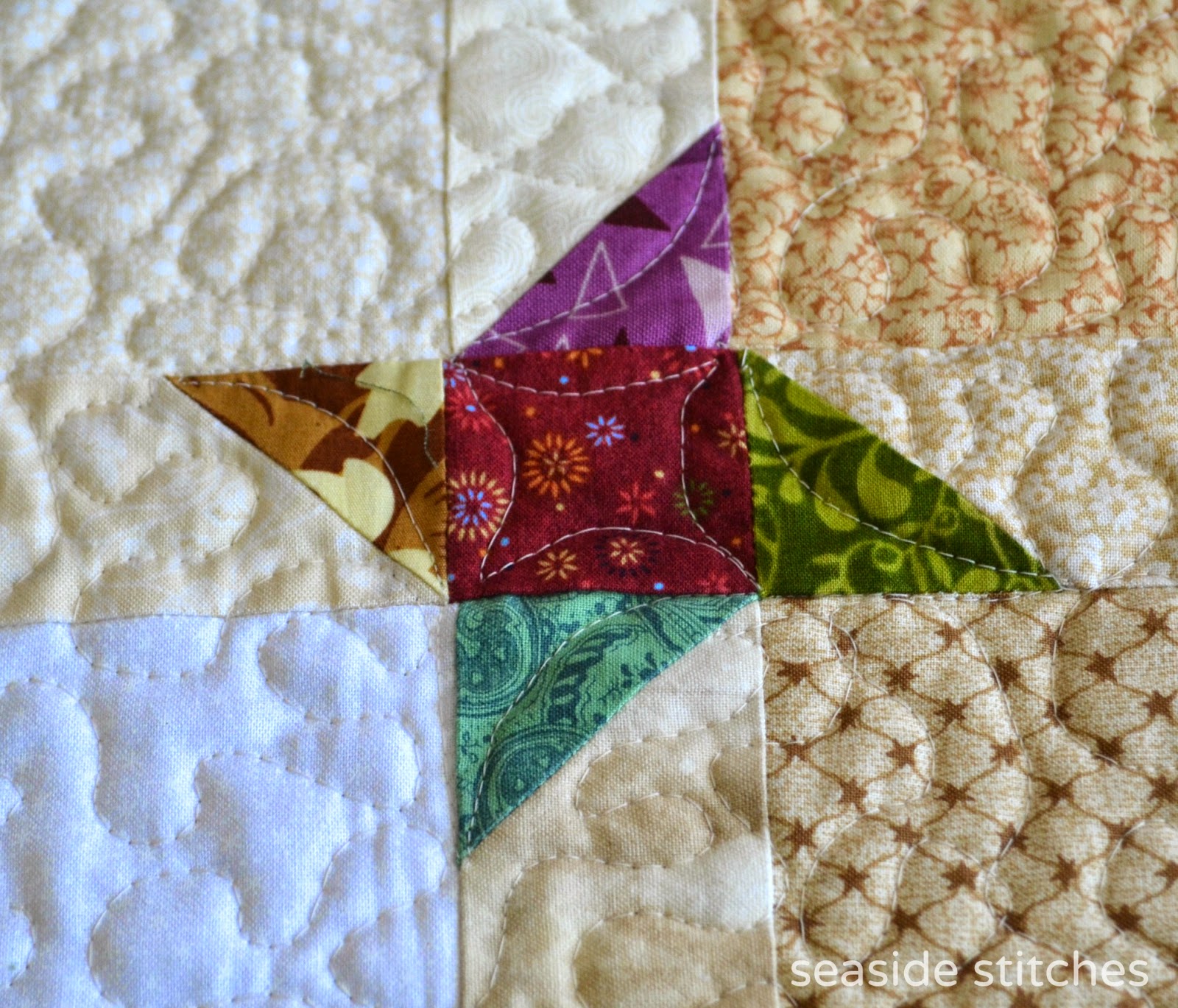 The backing was pieced from some stash-busting blues and greens. 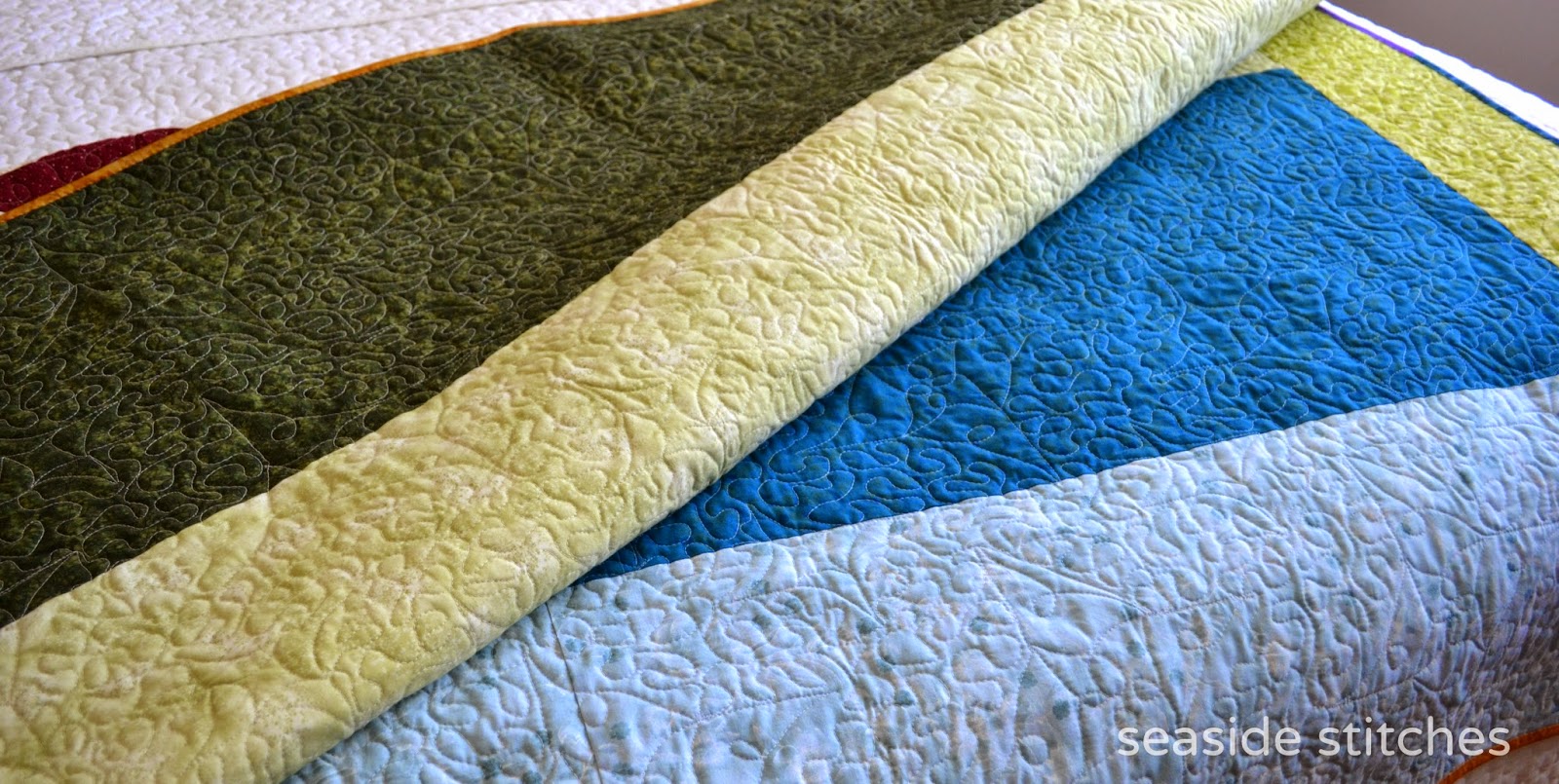 I love the texture of the quilting on the back. 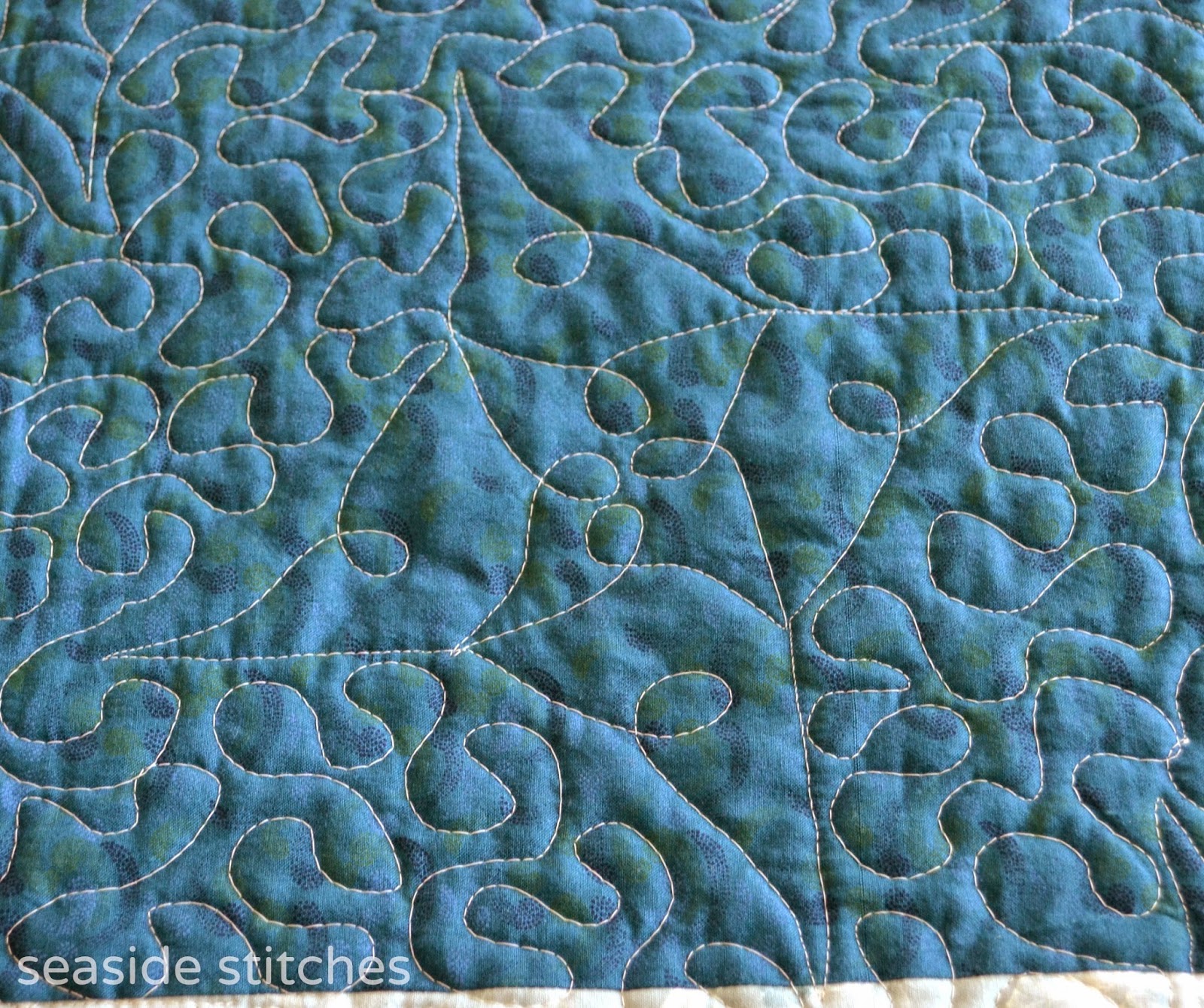 To continue with the scrappy theme, the binding came out of my leftover binding bin. 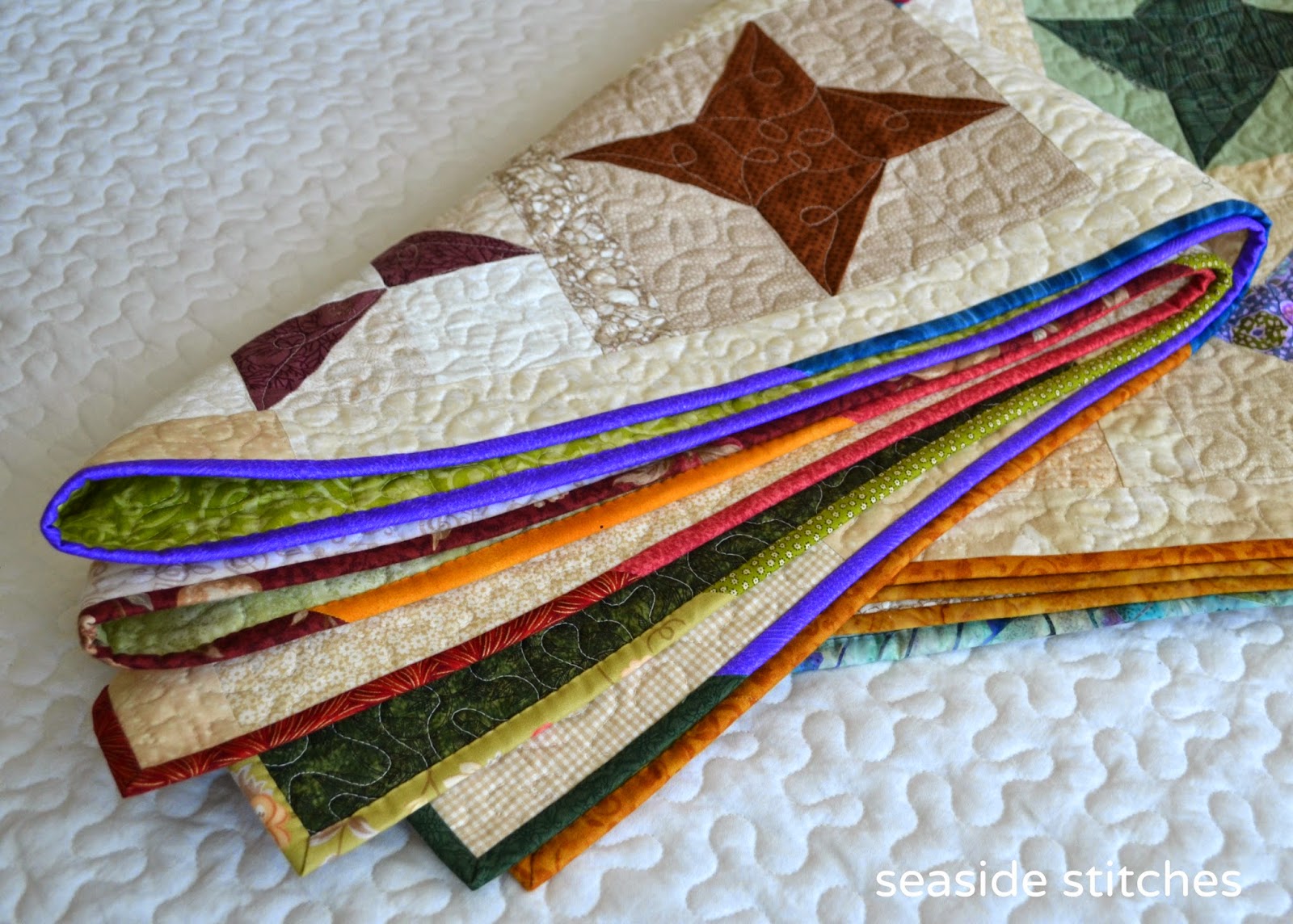 I tried to get a glamor shot on the railing with our cool window in the background, but I couldn't get the lighting right. 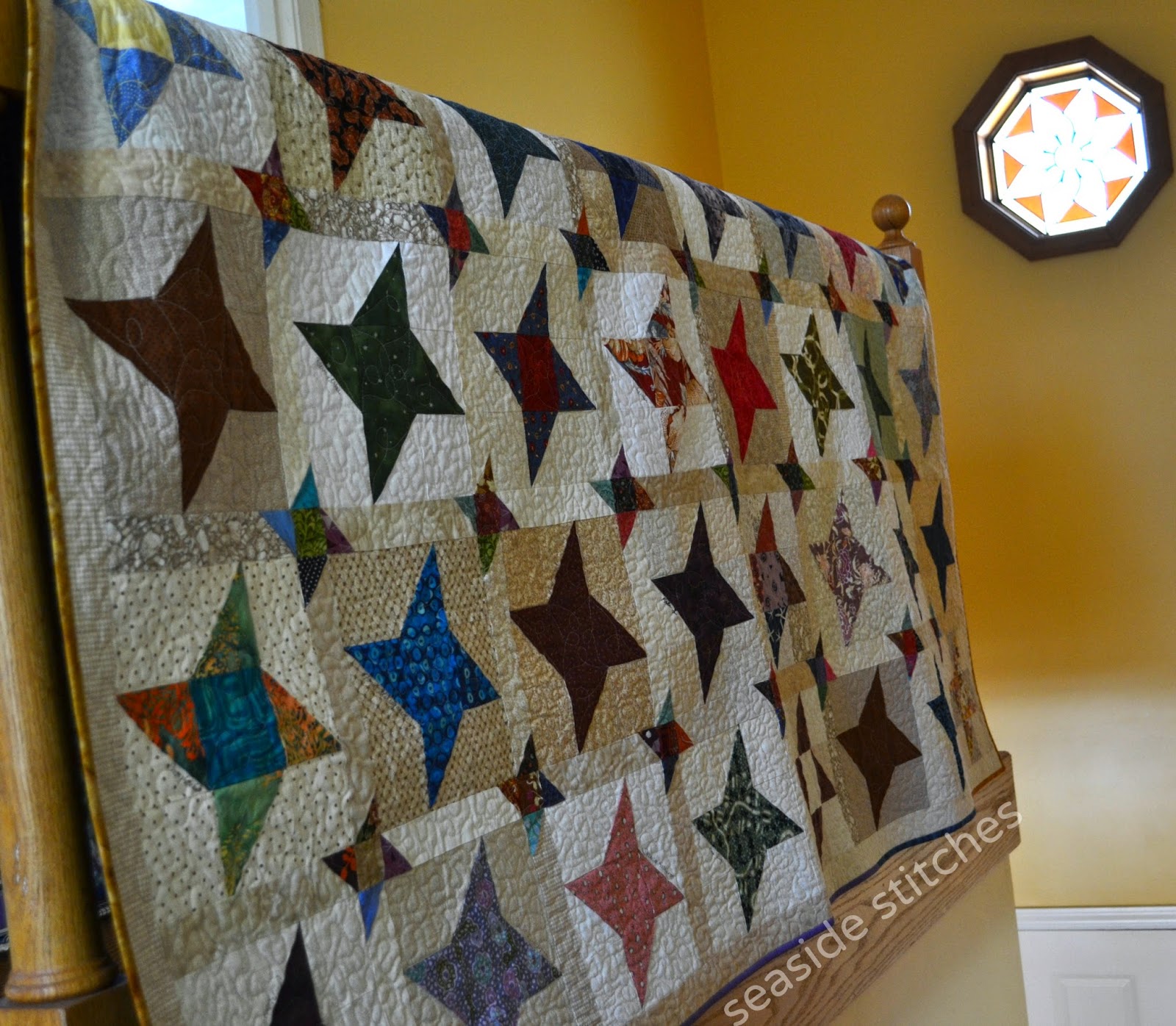 I'll have to design a quilt based on this window someday. 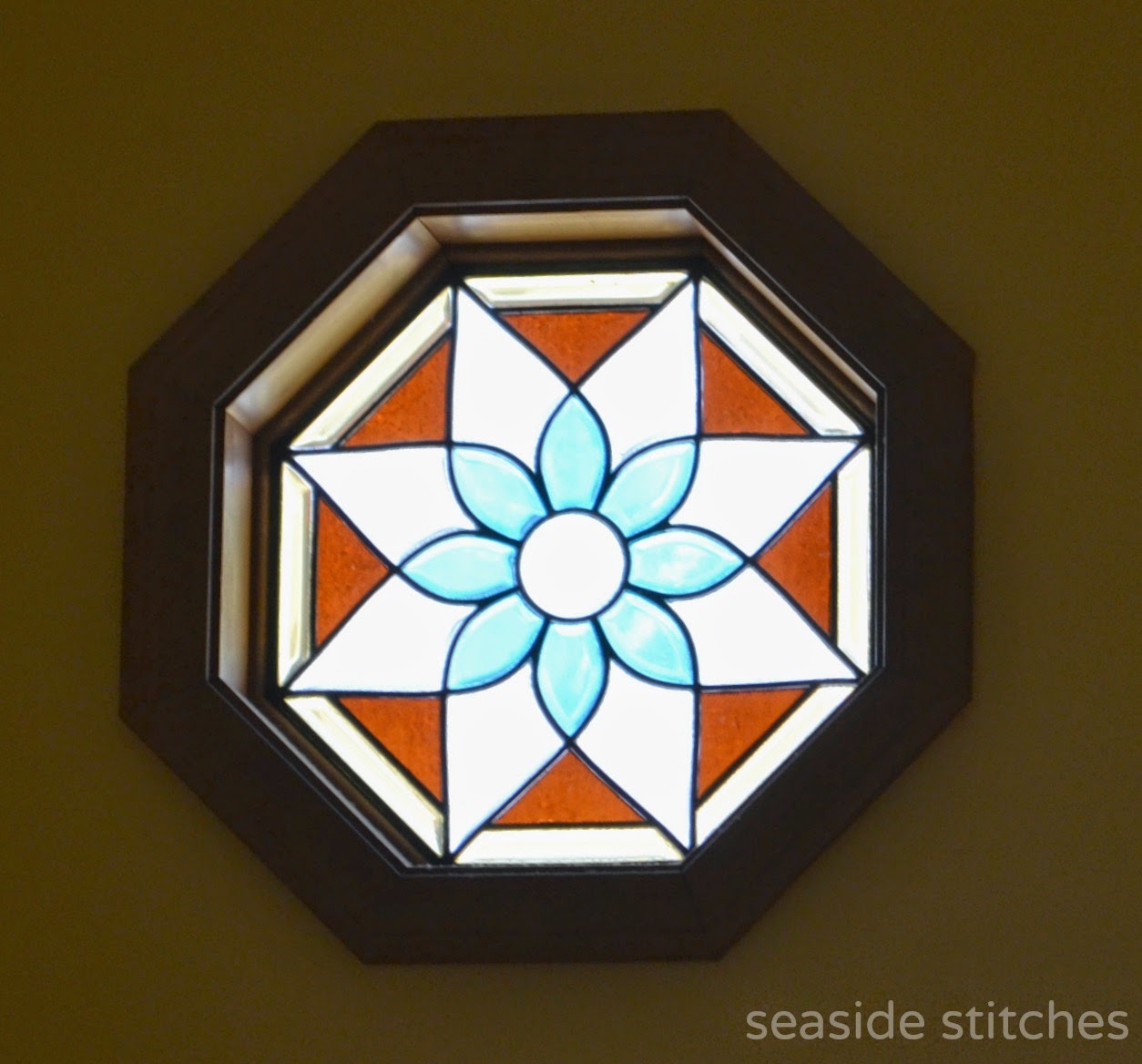 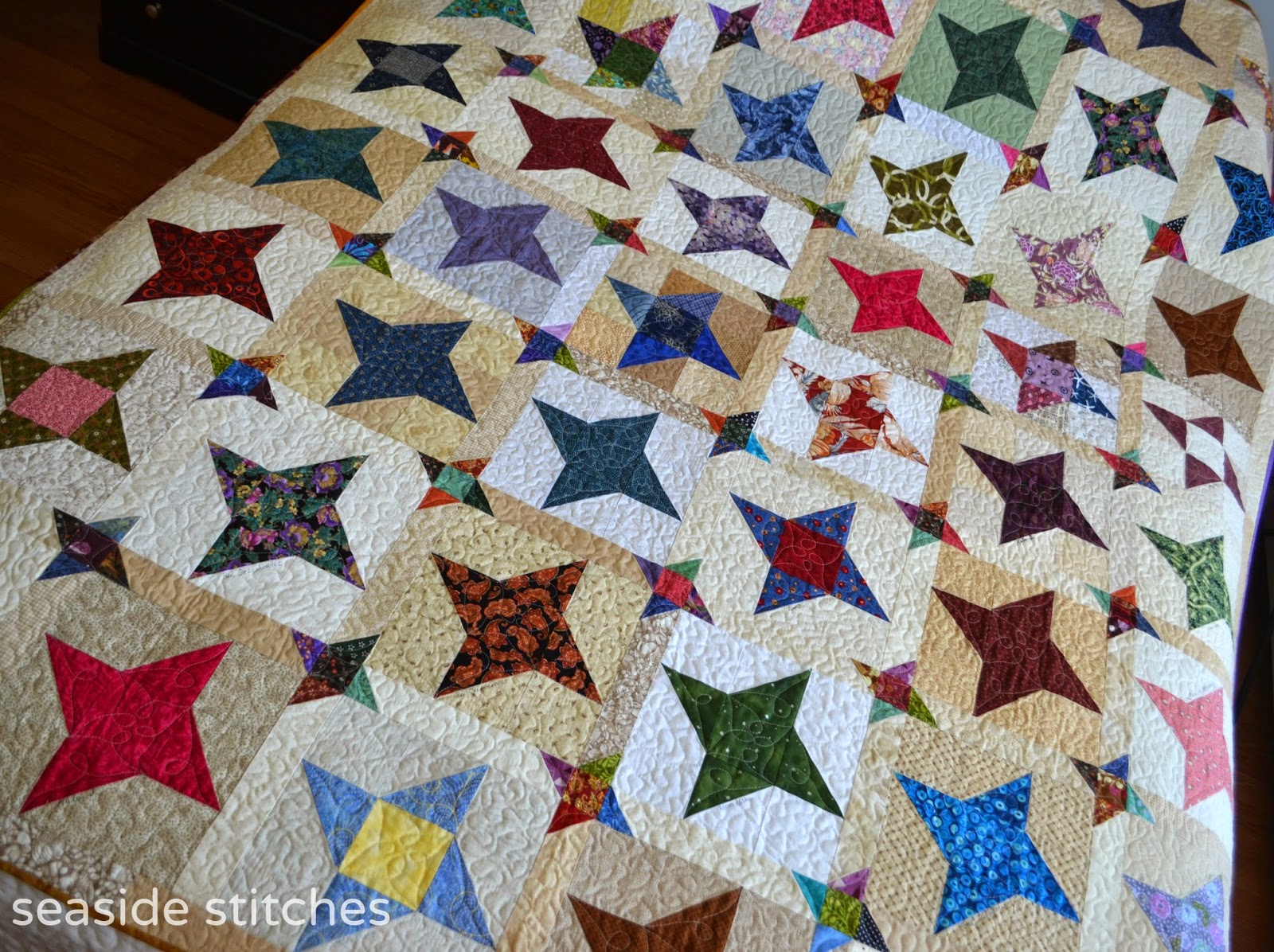 That is a star studded quilt. Love the little stars in the sashing. You really had to pay attention where you added triangles, I'd guess. Seems like a lot of coordination going on there. It paid off to a beautiful quilt. Thanks for sharing your pictures.
Hugs

It's beautiful! Can you share a bit about how to make the blocks and sashing?

Your quilt is so nice - even nicer having all those swap blocks to make it with. Love your tiny stars in the sashing too. You have done a great job!!