Another recent finish was this graduation gift for my son's girlfriend. A week before her graduation, I was cleaning up my sewing area and rediscovered this fabric. I knew it would be perfect for Allie, so I started cutting and stitching. 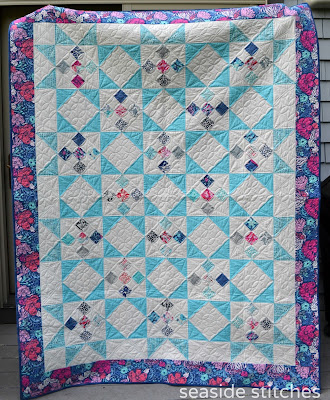 I started with 3 mini charm packs of Kate Spain's Paradiso line. The mostly blue squares were combined with Kona Snow for some yummy 9-patches. Those were set on point, and alternated with plain square-in-a-square blocks with Kona Bahama blue. Very simple piecing. The points were extended around the perimeter to complete the design. I used every bit of Paradiso yardage that I had for the borders. 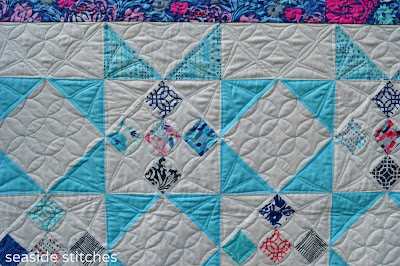 I absolutely love quilting a continuous curve (aka orange peels). It's an effective design for the 9-patches, so I marked a grid in the alternate plain squares to repeat the design. I normally don't do any marking but it was necessary on this one and well worth it.

Below, you can see the Angela Walters-inspired quilting in the large triangles. You can also see what happens to my thread when I use a needle that is too small! I was using Superior needles and thread and they very quick to respond on Instagram with some suggestions. The right size needle was all I needed. 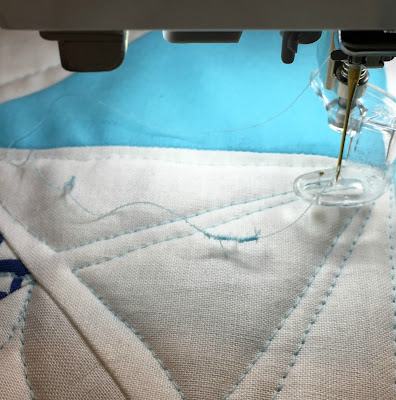 Allie and Pete came in just as I was finishing the quilting (the day before graduation). I asked her if she liked it and told her it was hers! Surprise! 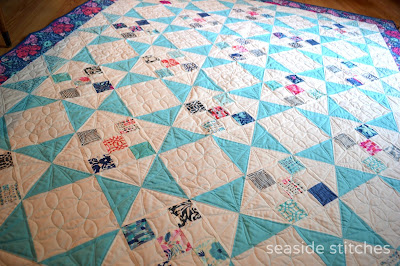 Check out the awesome texture on the back! 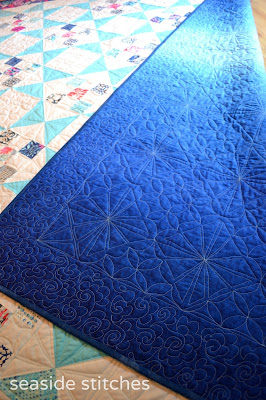 I used an ombre on the back. It is light at one selvage and dark at the other. I pieced it along the light edges so it glows in the middle! 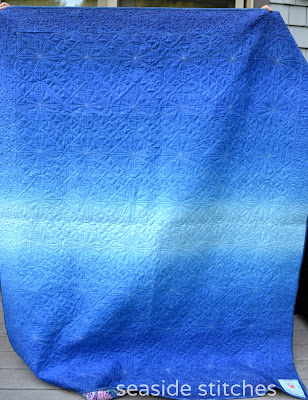 I found out toward the end that Allie loves flamingos. I dug deep for this paper pieced pattern by Margaret Rolfe. In a previous quilting life, I used to shrink all these patterns to make lapel pins. It was fun to be reminded how much I enjoy tiny paper piecing. We've known Allie since she and Pete were six or seven years old. I'm hoping she'll stop calling me Mrs. Craig soon! 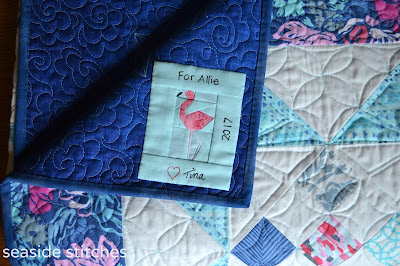 I think she likes it. As soon as she got home, she put it on her bed and sent me a picture of how well it matches her decor. 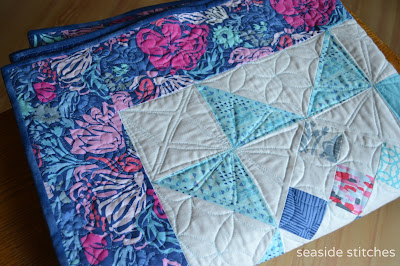 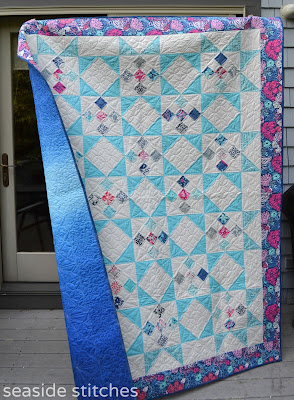 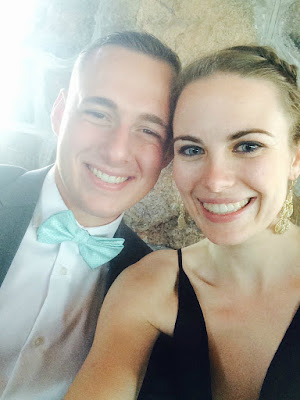 Hi, everyone! It's been almost a year since I've posted here and I miss you! I've got some catching up to do. It won't be chronological, but I hope to include all my finished projects since last August. Eek!

Let's get back in the swing of things with Oliver's quilt! My niece in California is expecting her first baby in a few weeks. She is doing the nursery in blues and gray with whales and octopi. How cute will that be? 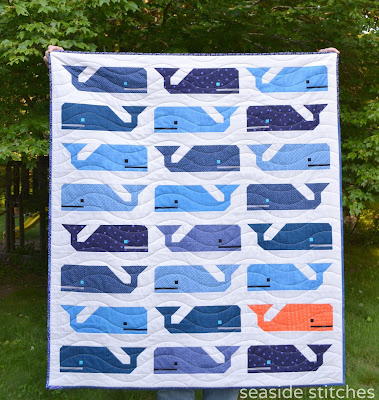 I knew Preppy the Whale by Elizabeth Hartman would be the perfect pattern.  It was fun to choose a bunch of blues, but I had to throw in that one fun orange whale! 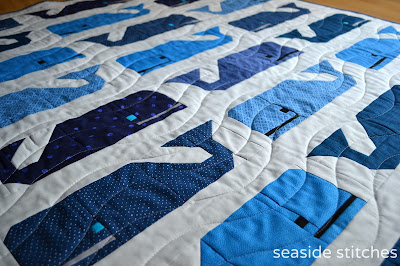 I recently purchased a ruler foot for my Bernina. I just happened to have a (never used) Leaves Galore ruler in my stash that was a perfect wave. It was thick enough for the ruler foot to run alongside with no trouble. For my first attempt at ruler work, I think it went pretty well! 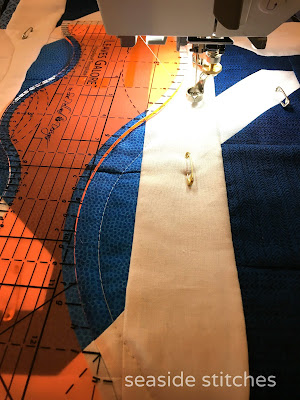 The print on the back is pretty cute, but was just a little too narrow. A bit more orange to the rescue! When it came time to add the binding, I couldn't find the gray strips that I had cut out. (Don't you hate when that happens?) I dug into my bin of leftover bindings and went with scrappy navy blues. I think it probably worked better than my first choice gray. 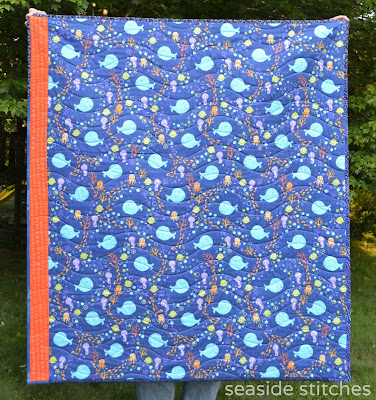 I couldn't resist using the larger cut offs from the stitch and flip triangles. I'm keeping that little mug mat for myself as a souvenir! 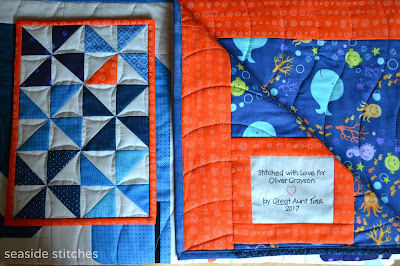 With a little bit of terry cloth and some leftover fabrics, I made a cute set of burp cloths from a tutorial by made everyday. 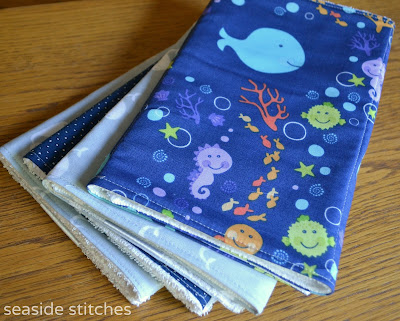