I was very lucky to have the opportunity to take a class with Jacqui Gering last week. (Much more on that later!) Although this quilt is not the class project, spending the day with the president of the Modern Quilt Guild inspired me to expand my modern repertoire. I've been struggling with the concept of minimalism. More is more in my quilt world! So, I enlisted the help of my nephew, an industrial designer by day and very cool guy. 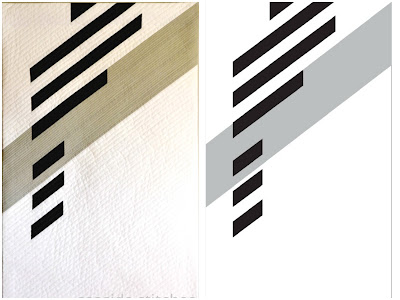 On Thursday night, I texted Eric for design ideas. Later that night, he sent me nine designs! A few looked too much like quilts that are already out there. This was my favorite of the bunch. I was so excited, I pieced and quilted it on Friday.

I knew it would be a challenge to get those vertical lines to match up. My first attempt had to be unstitched! As the quilt grew, my technique improved. 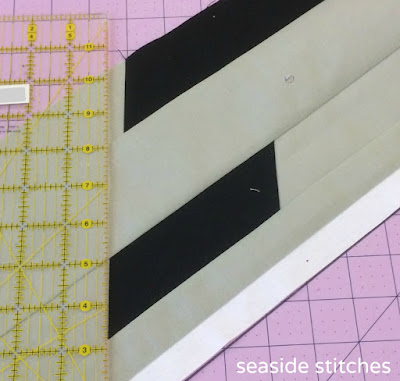 I took a break mid-day to take mom grocery shopping, but the top was finished soon after. 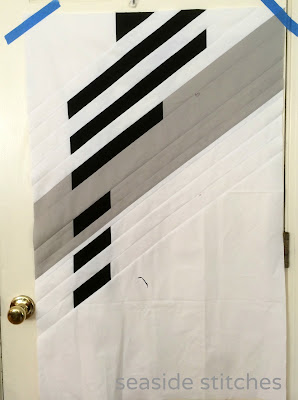 The quilting plan was in my head from the start, so I was eager to get to it. The sections with white backgrounds were quilted with 1/2" parallel lines with white thread. The gray section was stitched at 1/4" intervals with gray thread. 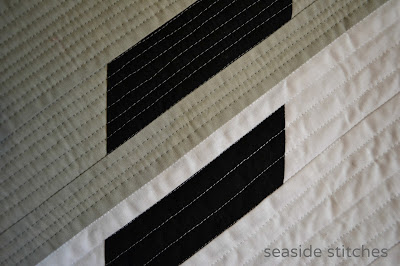 I do love the texture of parallel lines, but wish they were more accurately spaced. (I blame my off-center needle. My Bernina needs a trip to the spa.) 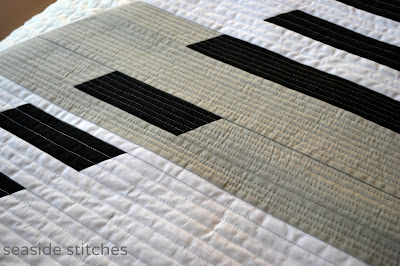 I didn't think a binding would work for this piece, so I used a facing instead. I used Susan Brubaker Knapp's instructions for the facing. It worked perfectly and was quite simple. 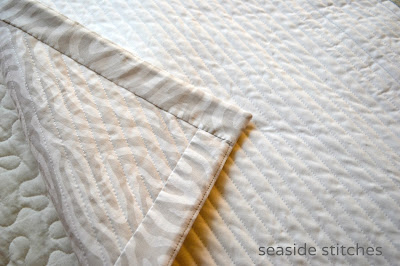 I'm thrilled with this piece! I might be calling Eric again soon! 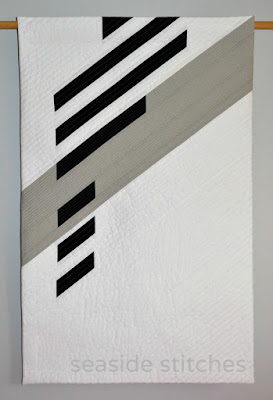 Amazing collaboration! I see a new design team in your future...

oh yeah! This is awesome! I wish I had a collaborator! ;-)

LOVE it! Looks like a pattern screaming to be published, what do you say? Perhaps there's a modern design book in your future!!!

you certainly got the "modern" look here amazing, and what a talented nephew to come up with the design as mentioned above this should be published it is so unique

Awesome. I love it. Oh for a nephew like yours!!