I haven't shown you much family stuff lately, but we had a great weekend that I wanted to record. I'll have a quilty finish for you tomorrow!
Our weekend started with a football game in the rain. It was Julia's first gig as a drum major, and she was so excited! That's her in the blue rain coat. Pete is playing quads in the front row. The band kept spirits high even though they were soaking wet. Unfortunately, our team lost by one point in overtime. 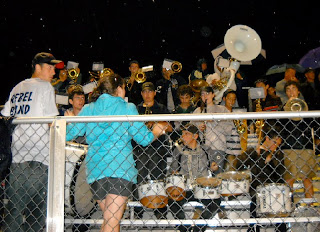 On Saturday, the boys went canoeing. They worked their way down the Narrow River to where it meets Narragansett Bay. 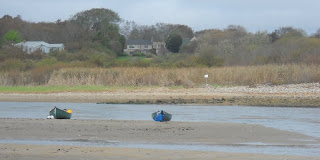 Here's Pete in a whirlpool created where the river current meets the incoming tide. 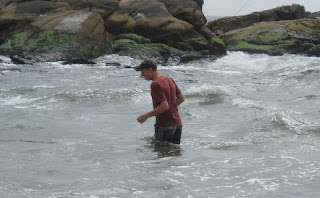 This afternoon, the band marched in the Fireman's Memorial Parade. There's Julia up front again! 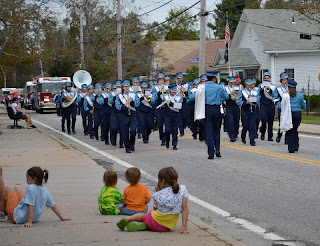 The Drum Majors got to have a little fun and did a little dance during the marching cadence. 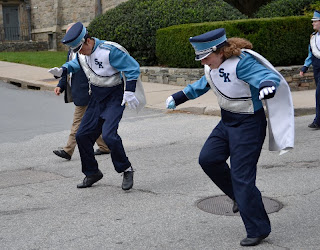 And there's Pete on quads again. 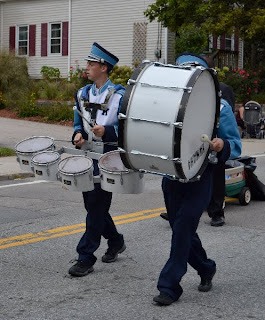 I finished the top of Interlocking Windmills today which I will show to tomorrow. See you then!
Posted by Tina Craig at 5:21 PM