For us quilters, a blizzard means we get to stay home and sew! I finished this piece this morning while switching between local news and the weather channel. We were spared the worst of the storm, but there's a decent amount of snow here in southern RI.

Anyway, here is the newly named Blizzard Blues. I would take pictures outside, but it's still too windy. 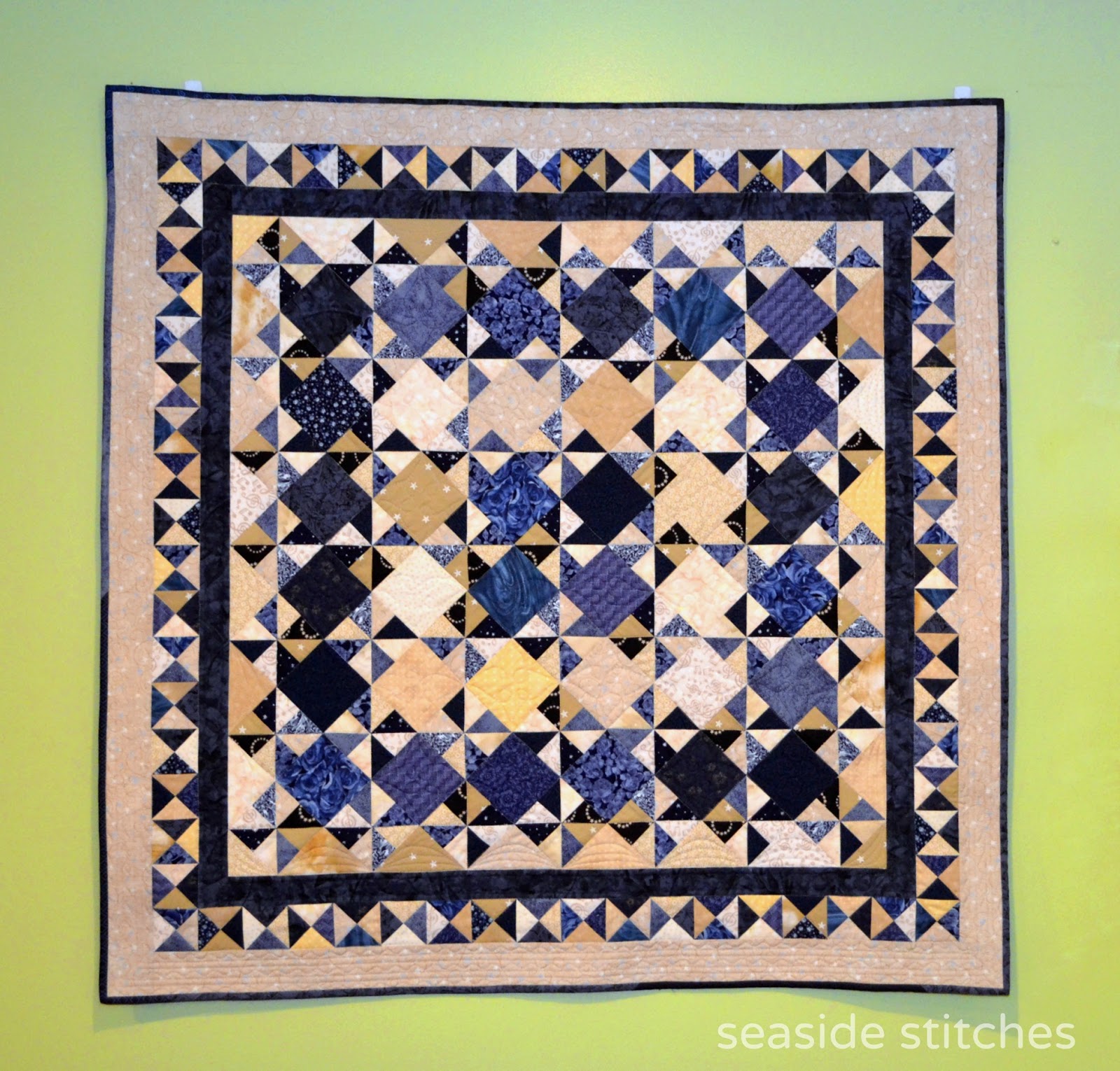 I might have mentioned here and on Instagram that I found this basket when I was cleaning up after Christmas. My note cracks me up! I stink at mystery quilts, and this is as far as I got with Bonnie Hunter's 2011 mystery Orca Bay. 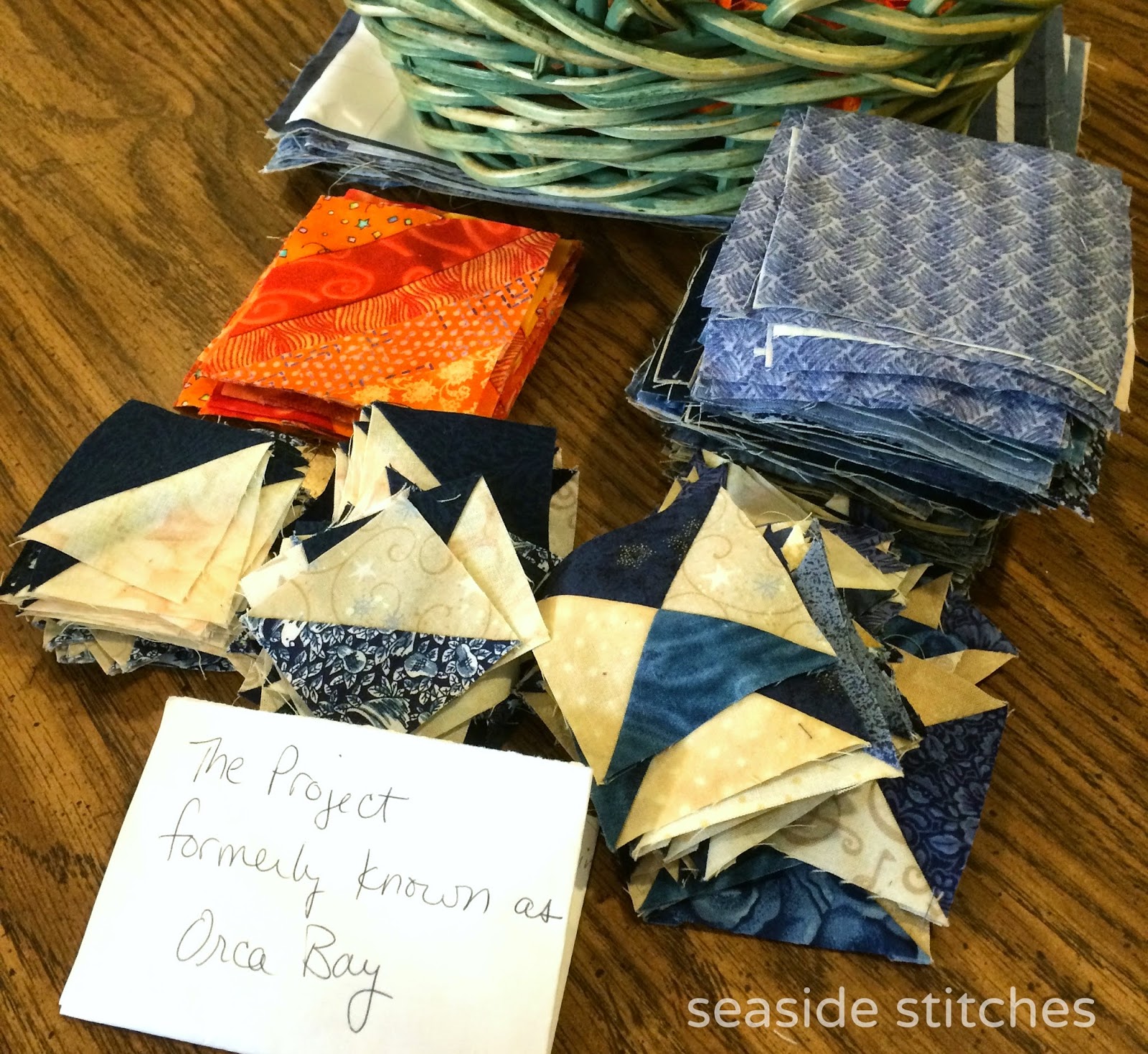 I had so much fun playing with these bits and pieces. 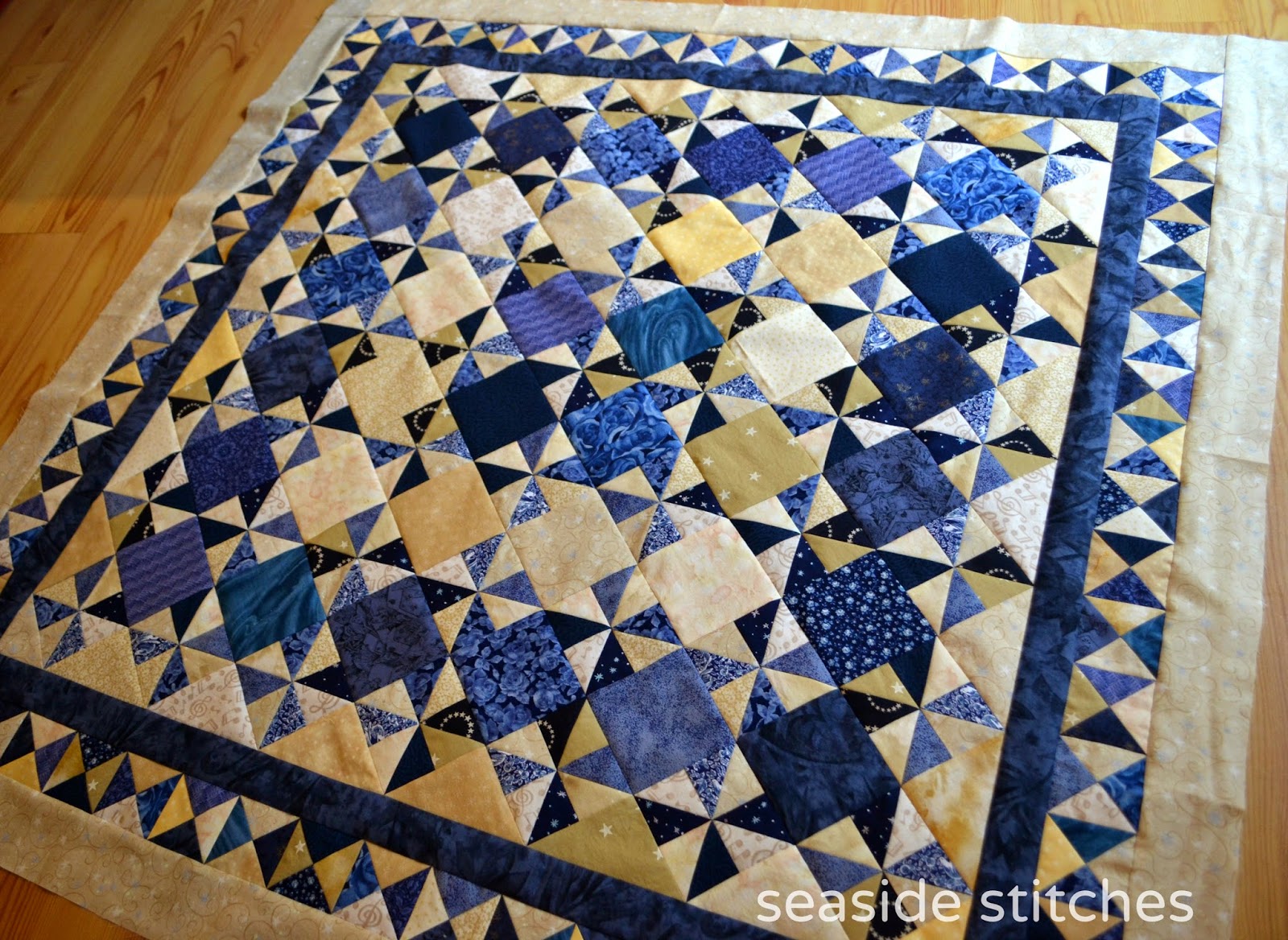 I enjoyed quilting this one, too. I did lots of stitching-in-the-ditches which is just tedious. Then I tried a new fill in the squares. Really not perfect, but I like it. 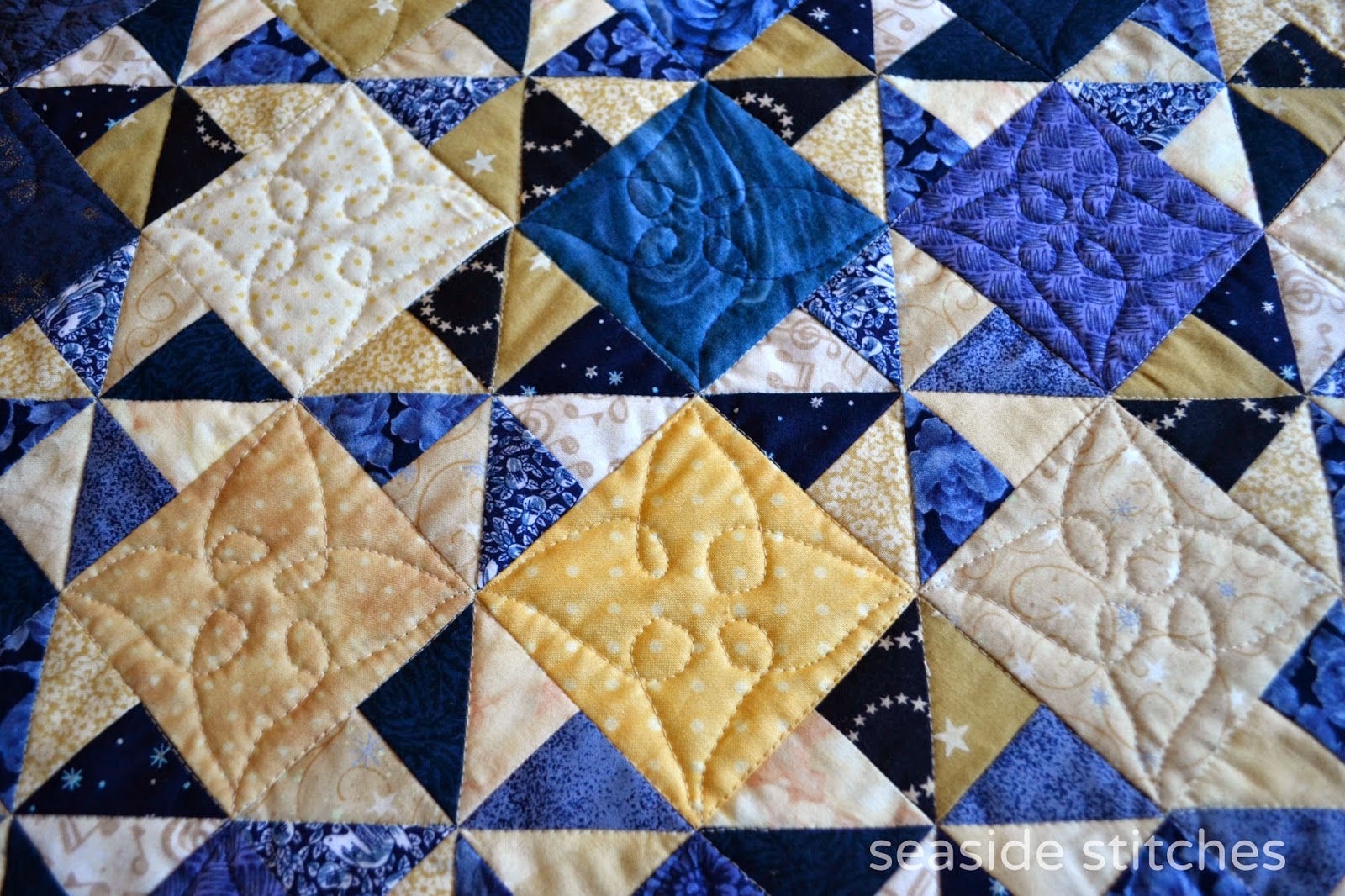 The triple swaggy thing in the setting triangles is kind of cool. Three passes (forward, back, forward) meant I could move right from one to the next without stopping.

The circles in the blue border were challenging and not well-executed. They look OK in this pic, but let's not get too close, OK? That combination of straight and serpentine stitches in the outer border will be repeated again someday, maybe in a different combination or spacing. 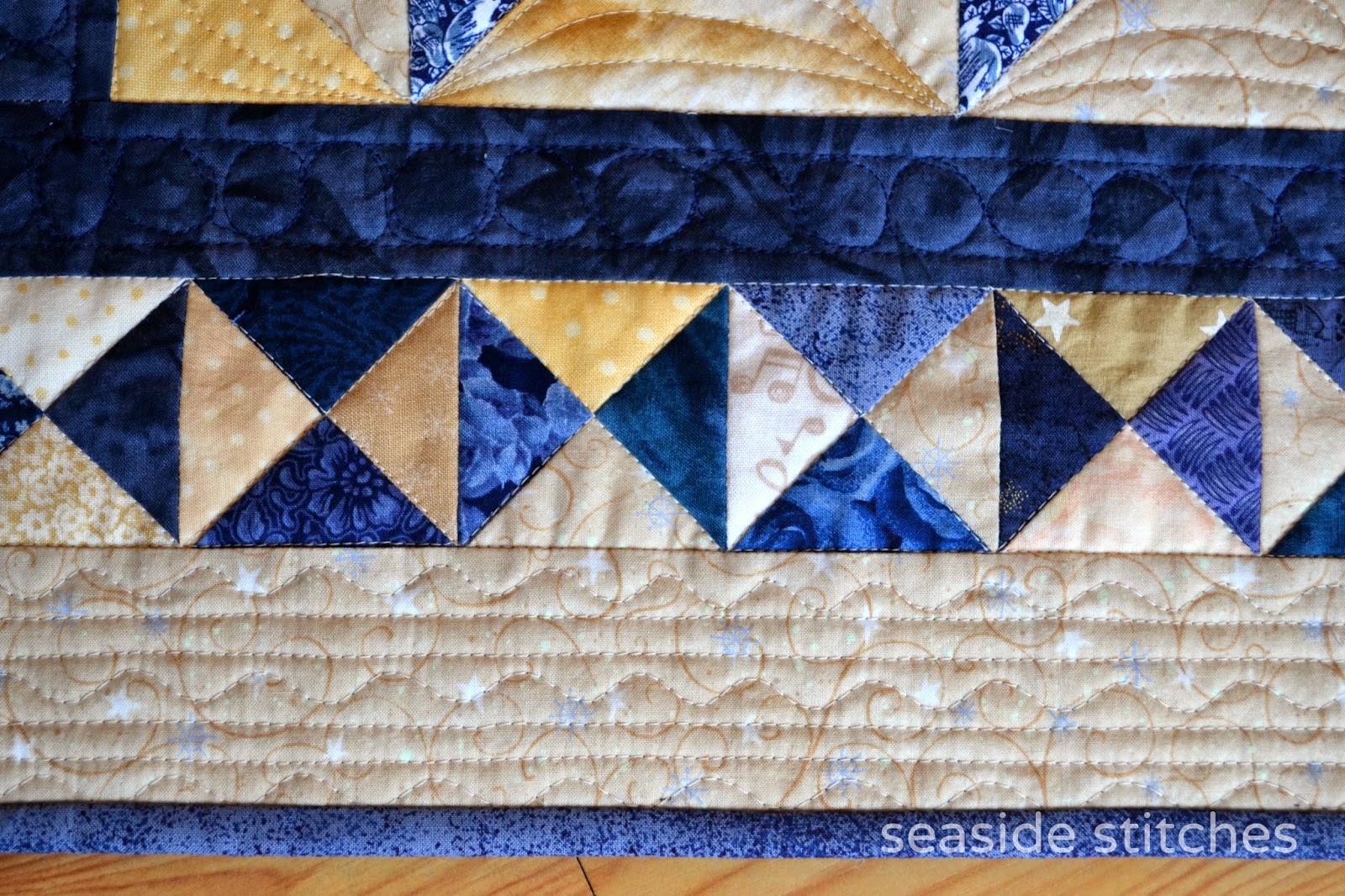 I didn't have a big enough piece of blue for the back, so I added a strip of red at the top and for the sleeve. 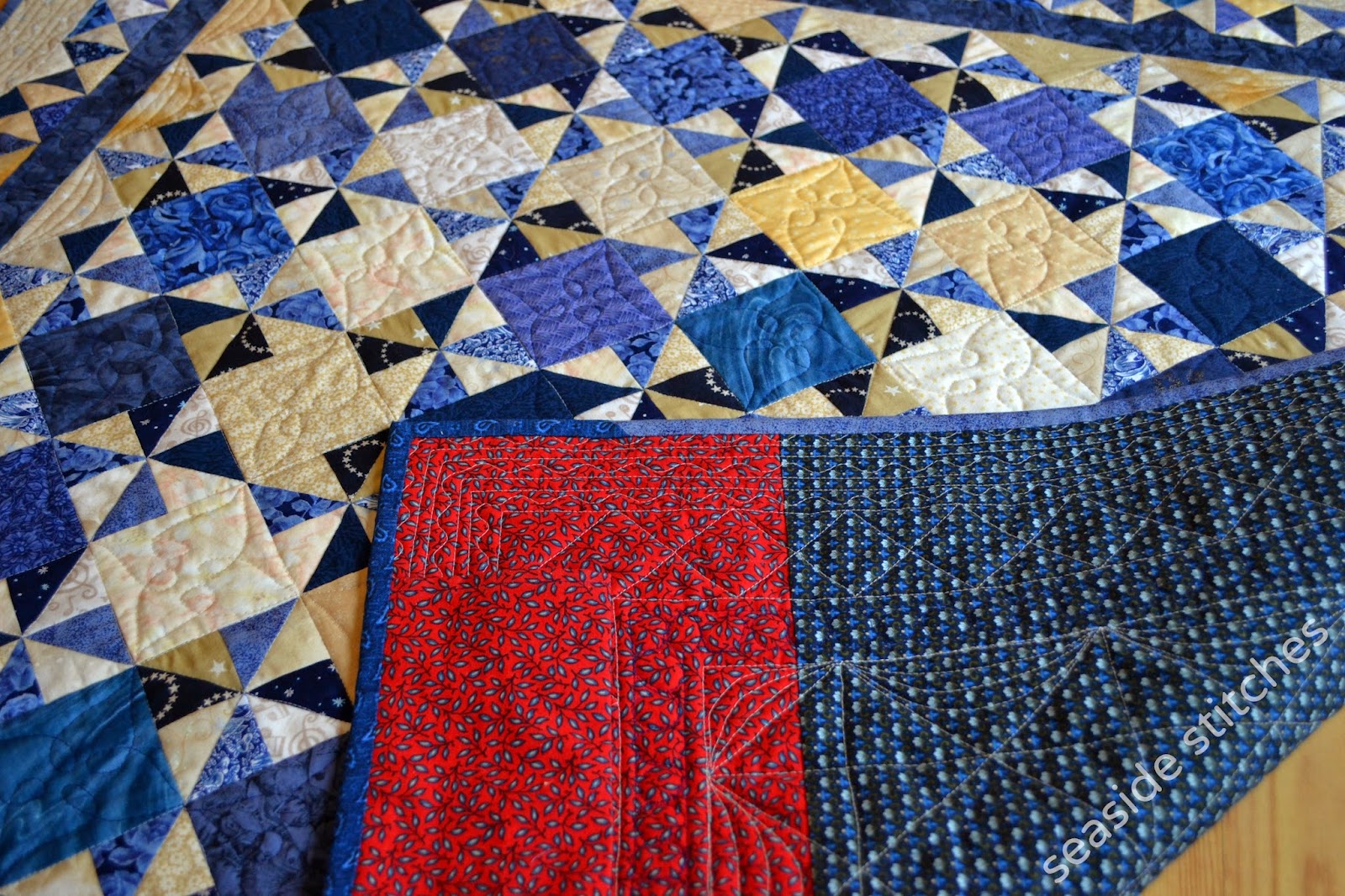 And there we have it. All from stash with scrappy binding, batting pieced from scraps. This puppy will benefit from blocking. The right side is a little wavy. 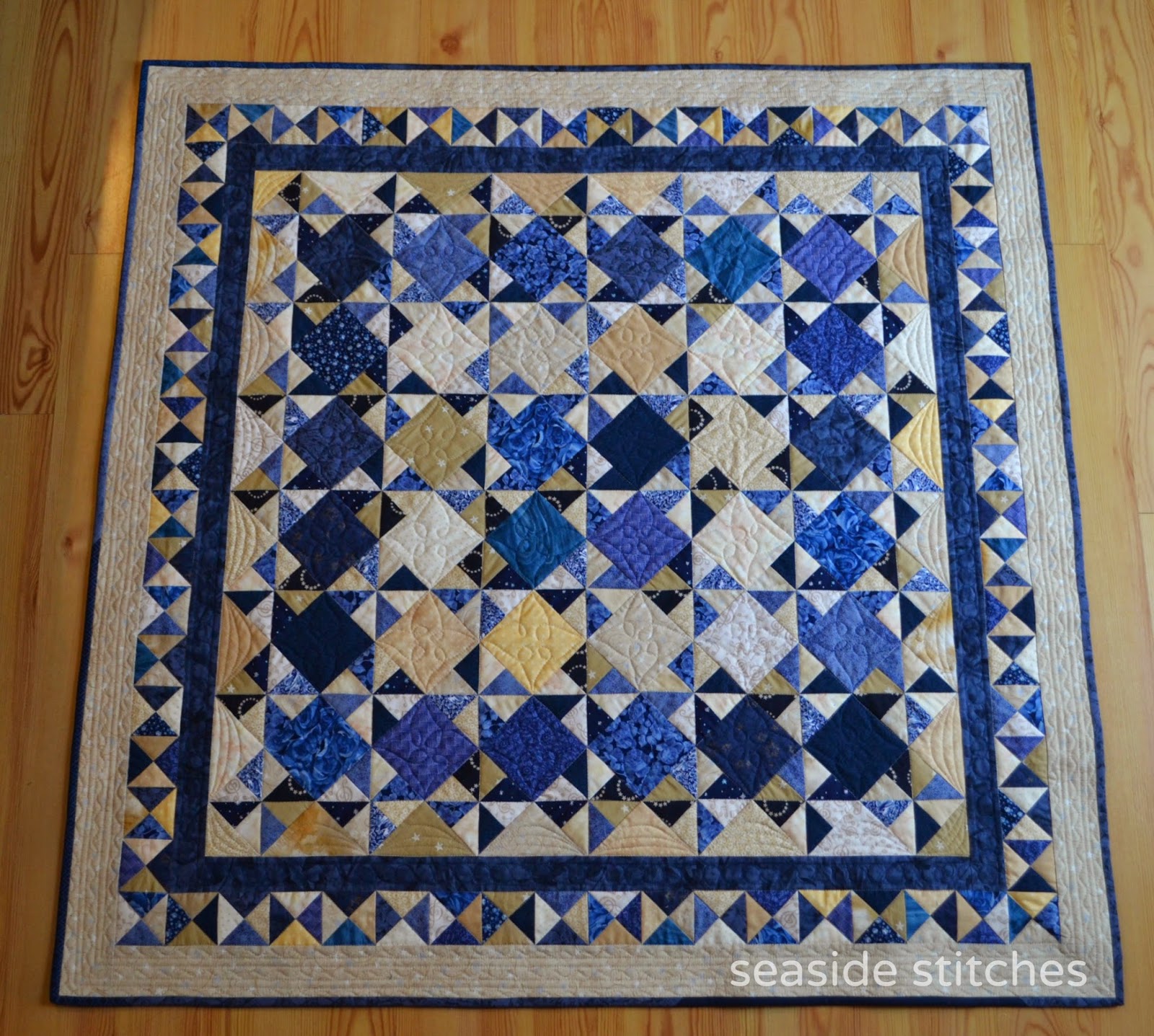 It is a good day to sew and work on projects.
I was thinking of going in my sewing room, but worried if the power shuts off while I am on the machine, so doing hand work for now.

Beautiful Blizzard Blues. Love your quilting on it. The little zig zags in the border are so nice and even. Did you mark them?
I love your red and blue backing, too. I put a strip of white with the new pink (baby) quilt I just finished and it looks so nice. Thanks for sharing your accomplishment with us.
Hugs

Your quilting looks really good to me. How did you mark it?