The piecing obsession continues! I took out the Farmer's Engineer's Wife project yesterday. In 24 hours, I had 20 more blocks done. Here are blocks #61-80. 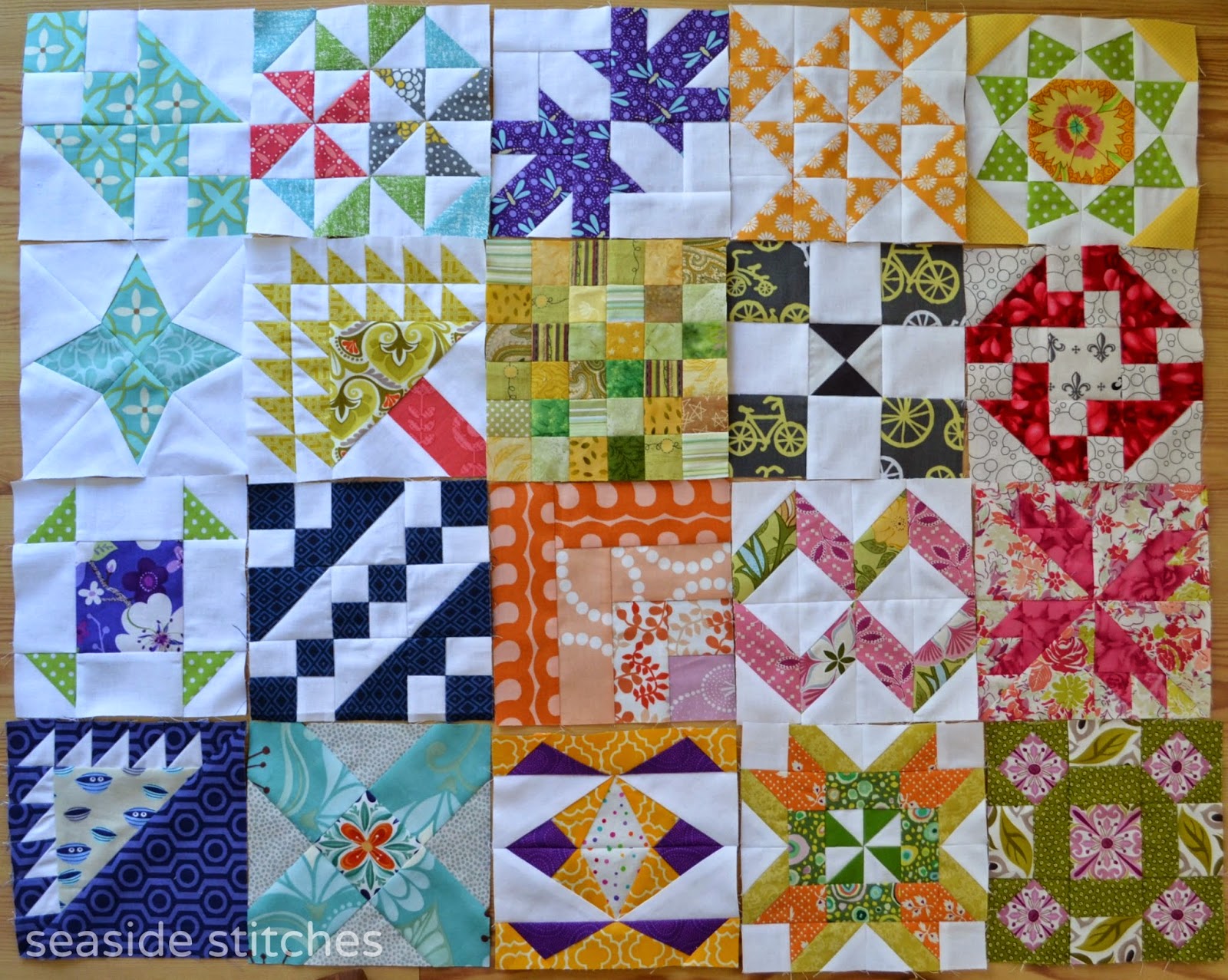 The stack is growing and the end is in sight! 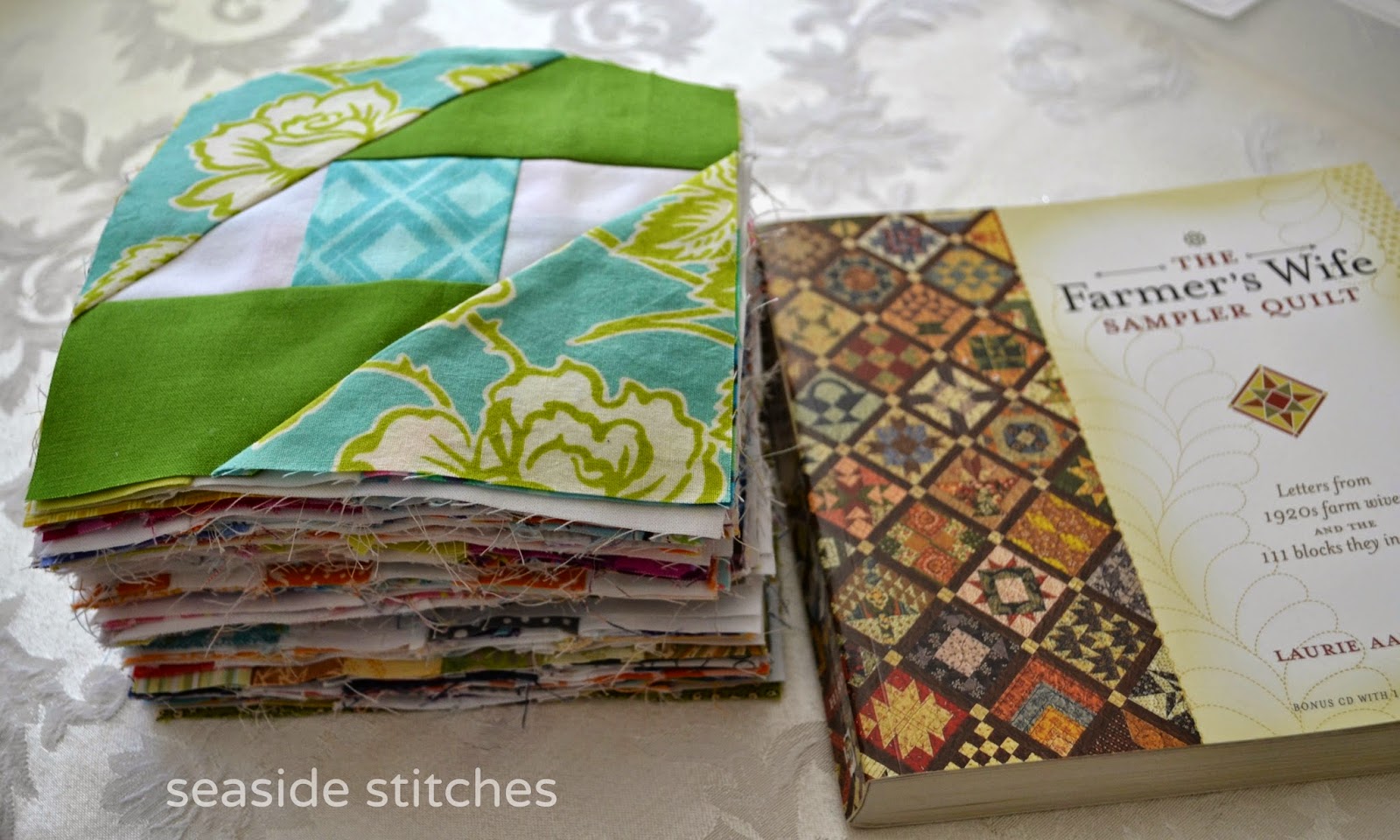 I had 9 new blocks finished last night that I posted to Instagram. My friend Anita Grossman Solomon commented on my maverick block. I thought Maverick was an alternate name for this block. It actually is a term used by quilt dealers and historians to refer to a block with a mistake in it. Anita was too kind to come right out and say I had screwed up! But as soon as she drew attention to the block in question, I saw the mistake. 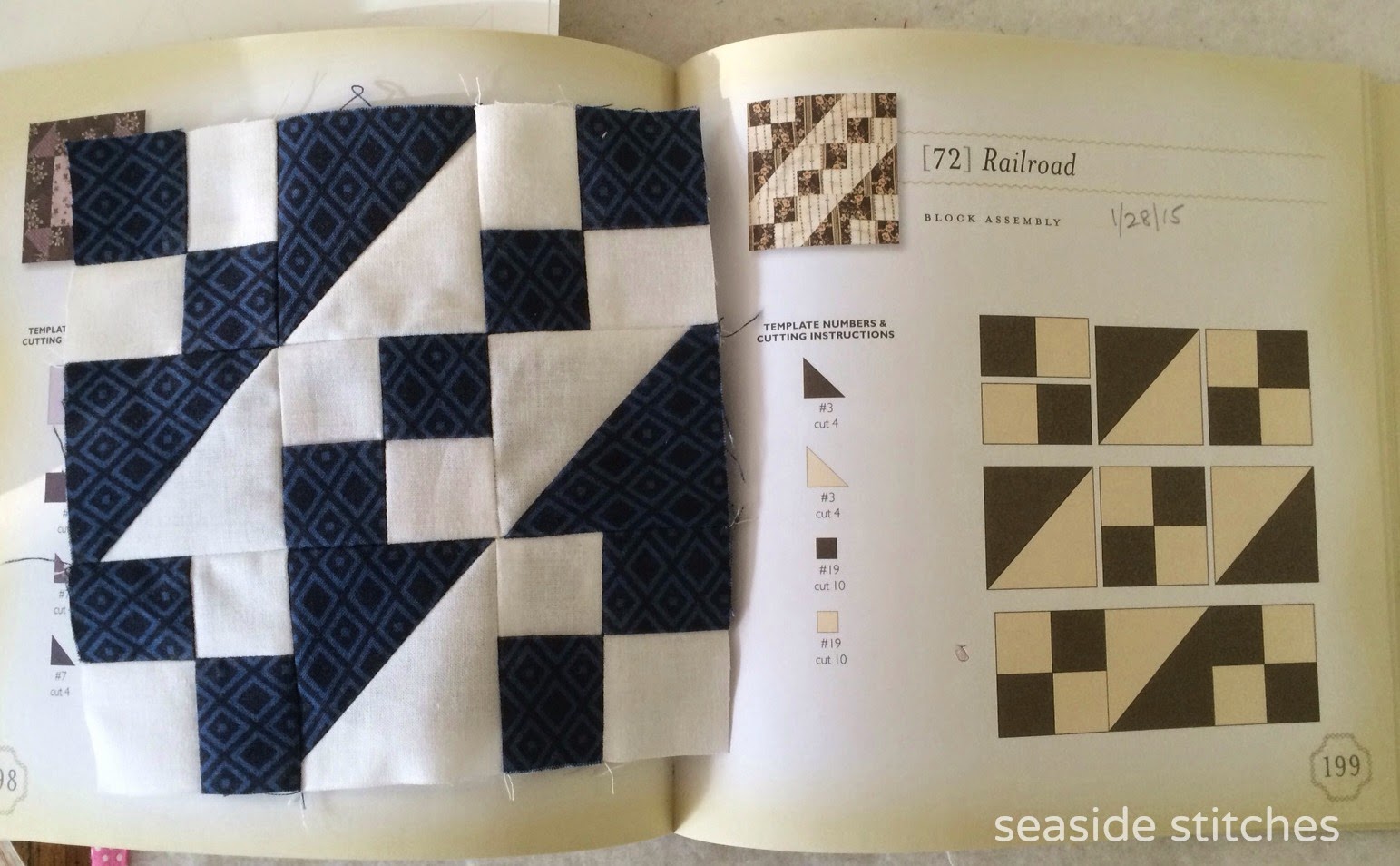 It was a quick fix as the last row had been sewn on upside down. 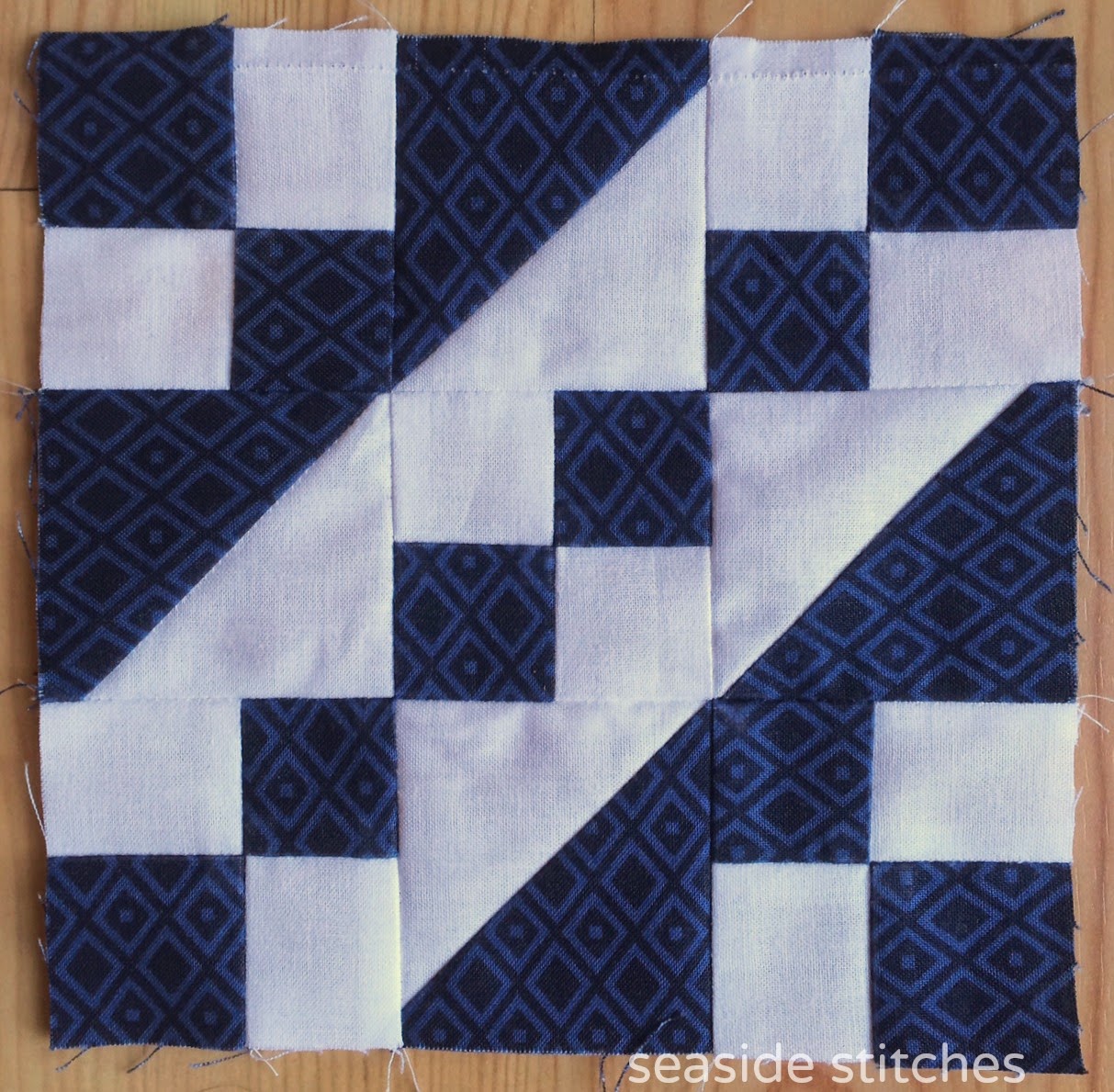 The errors continued today when I trimmed this block totally the wrong way. 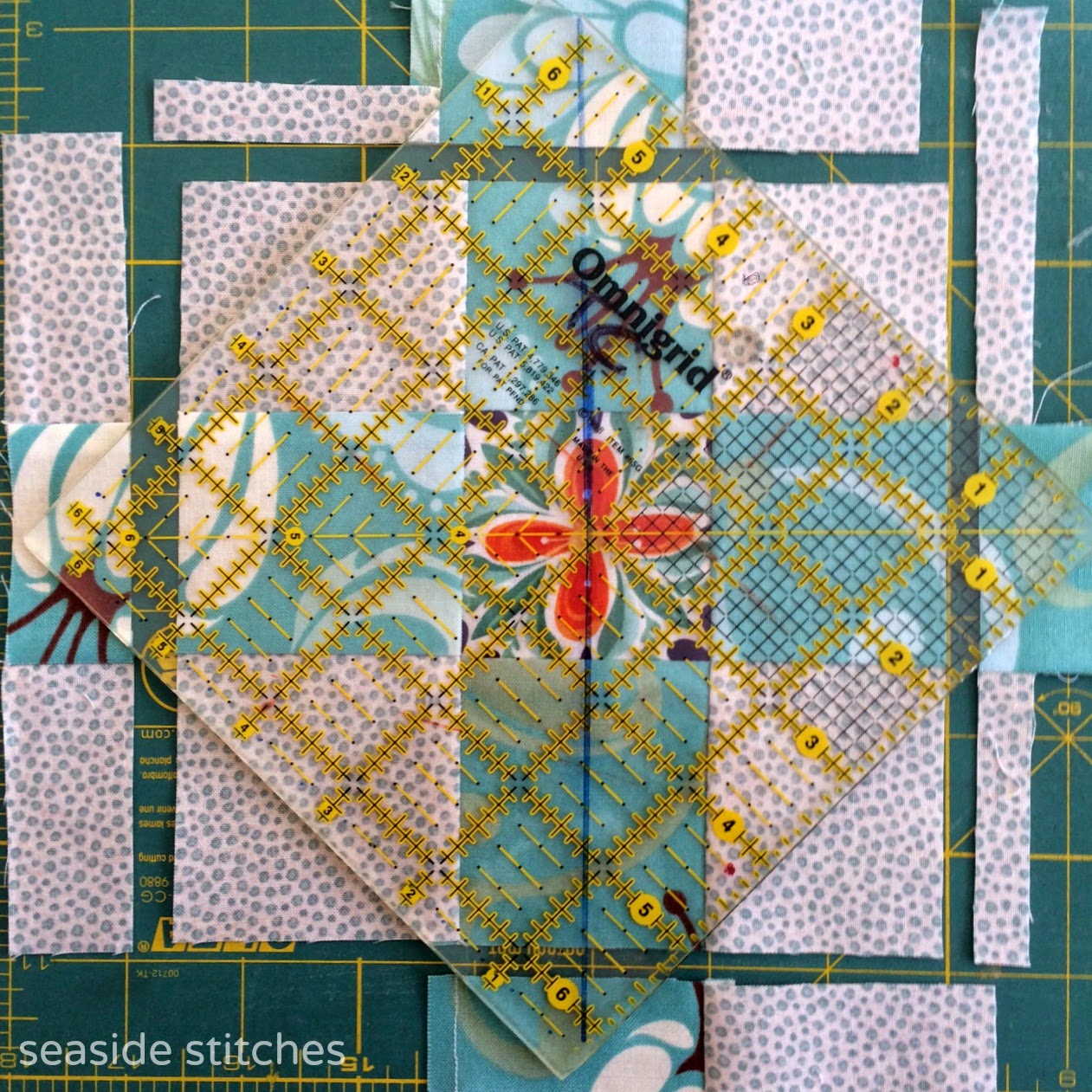 I started over, trimmed the right way, and all is well. 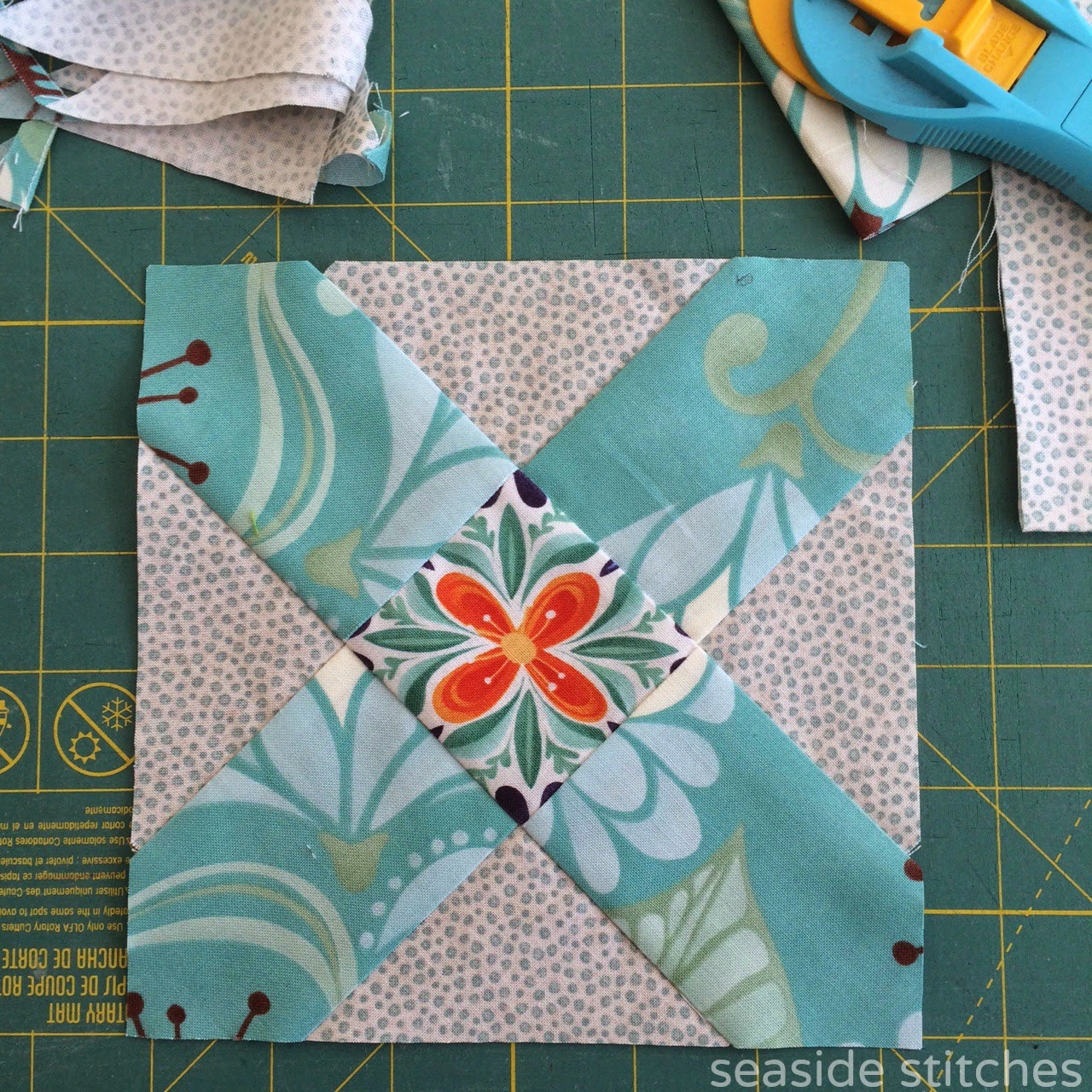 I've got ten more blocks ready to be stitched up tomorrow. I should make it to the magical block #111 in a few days!
Posted by Tina Craig at 9:37 PM

Wow! so many new blocks!They look fantastic! If you can sew so much, I think there is too much snow at the moment left outside, isn't it?
Greetings, Rike

I finished block #81 last night! All rotary cut - but I think the last 30 blocks are going to be paper pieced. 1/16th cuts and Y seams are killing me! There may be two very different Farmer's Wife quilts hanging at the show in October!