I can finally show you the second stacked squares quilt. Remember the blue one I made for my cousin? The red one is for Lea, who will be heading to Catholic University in a few weeks. 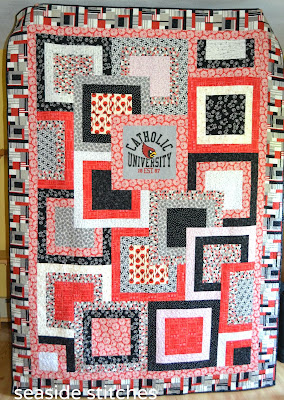 Lea's mom, Janet, is a good friend of mine. Way back in February, we went shopping for fabric during a snow storm. She had originally considered a t-shirt quilt, but Lea wasn't ready for her shirts to be cut up. The lone shirt that we included used to be her brother's. We had fun shopping for reds, whites, blacks, grays and some fun cardinals. 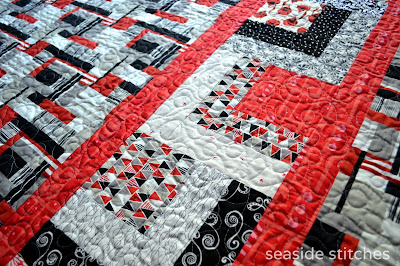 A few extra  blocks were added to the back. 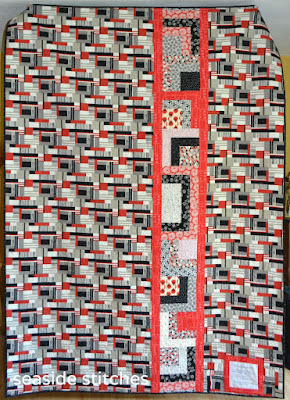 The quilt was finished in time for graduation, but it wasn't gifted until last week at her graduation party. 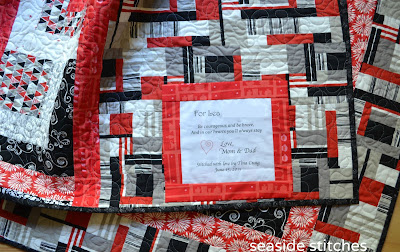 The quote on the label is a song lyric that was supposed to be including in Lea's graduation speech, but it got cut in the last edit. It still works. 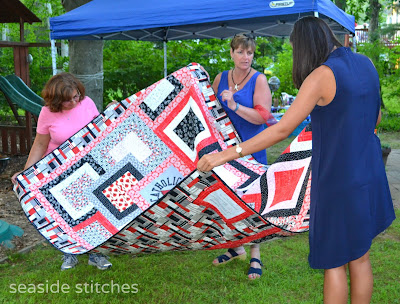 Janet and Lea wore blue to coordinate with the party colors. I'm the short one in pink. 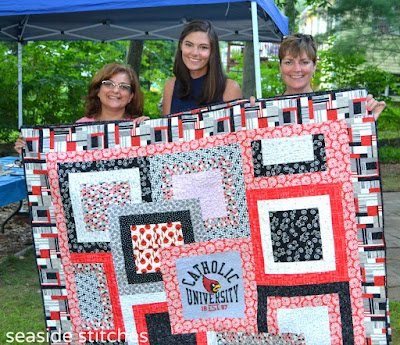 what a fantastic quilt I know this will be well loved

Great quilt. I love the fact you included some of her speech