Last week, I posted this project from a tutorial on Leah Day's Free Motion Quilting blog. It was a guest post by Ali from asquared(w) called Crossing Paths. The top was done (start to finish) on the day the tutorial was posted!

I'm calling it Crossroads 2. Yes, there was an original Crossroads that I made for a friend in the early 90's, but I don't have a clue what it looked like! 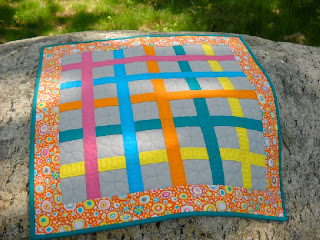 I basted it and thought about quilting it right away, but life got in the way. I ended up quilting it while I was recuperating from surgery. That's my excuse for the knots on the back and generally not my best work. 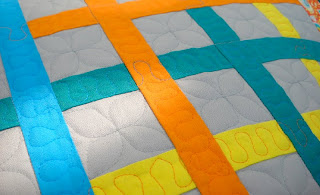 Instead of a full length sleeve, I used bits of leftover binding to make hanging tabs. I wish the pieced strip on the back was more off-center than it is. Live and Learn. 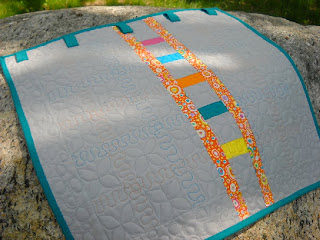 I took it outside to photograph, in search of some blooms, but there's not much going on out there right now. The lilies-of-the-valley are heavenly! 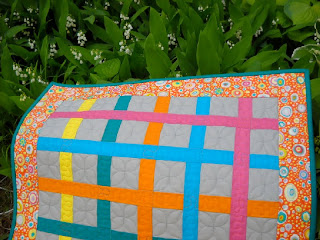 This sweet little columbine popped up under the deck. 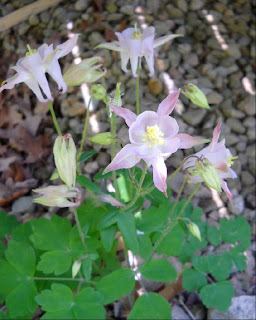 I love a quick project! One day to piece, one day to quilt and bind!
I'm thinking about donating it to my guild's charity auction in October.
Posted by Tina Craig at 2:07 PM

What a fun quilt, and nice to know it can be completed in such a short period of time. I'm putting this one in my Favorites file.